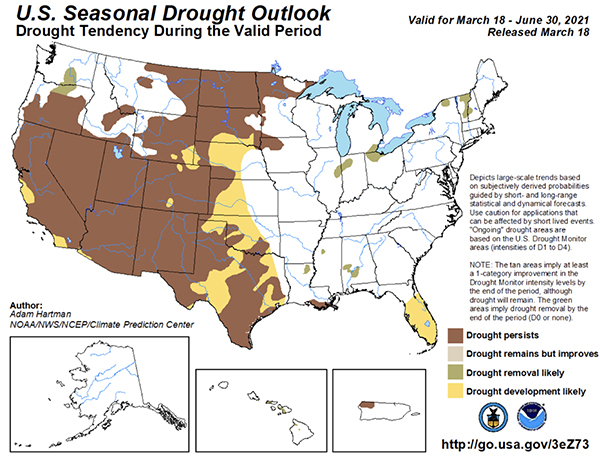 “If moisture was limited last summer into fall, and herbicide degradation ceased with cold soil,

there are certain soybean herbicides that carry over into corn more than others,”

says Joe Ikley, North Dakota State University (NDSU) Extension weed specialist. “Fomesafen, plus numerous other generic brands; and imazethapyr carry a higher risk of persisting in the soil to cause injury in subsequent years, especially in a drought.” 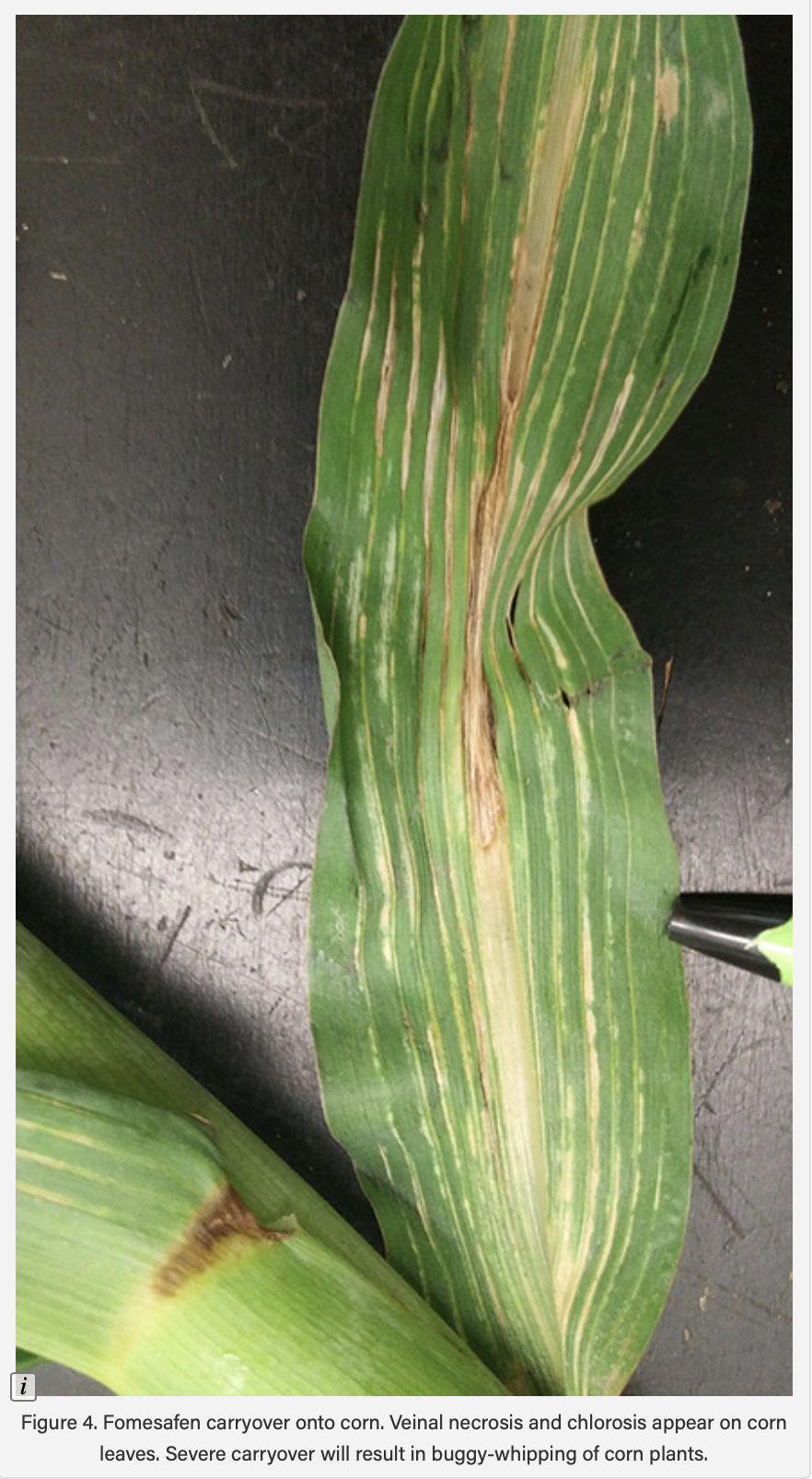 More growers are trying to reduce herbicide-resistant weed seed banks in soybean fields by killing weeds late. But that requires you to pay attention to herbicide cropping intervals.

“Fomesafen, for example, will often get applied into July to rescue and clean up pigweeds and other problematic weeds,” Ikley says. “If you made an application last summer on July 15, you can't plant corn this spring until May 15 because fomesafen has a 10-month crop rotation interval."

Ikley reminds growers that other herbicides persist longer in the soil to potentially cause injuries in subsequent years, like atrazine, mesotrione and chlorimuron. “These all have a longer half-life, and chemical breakdown in the soil increases in drought conditions.” 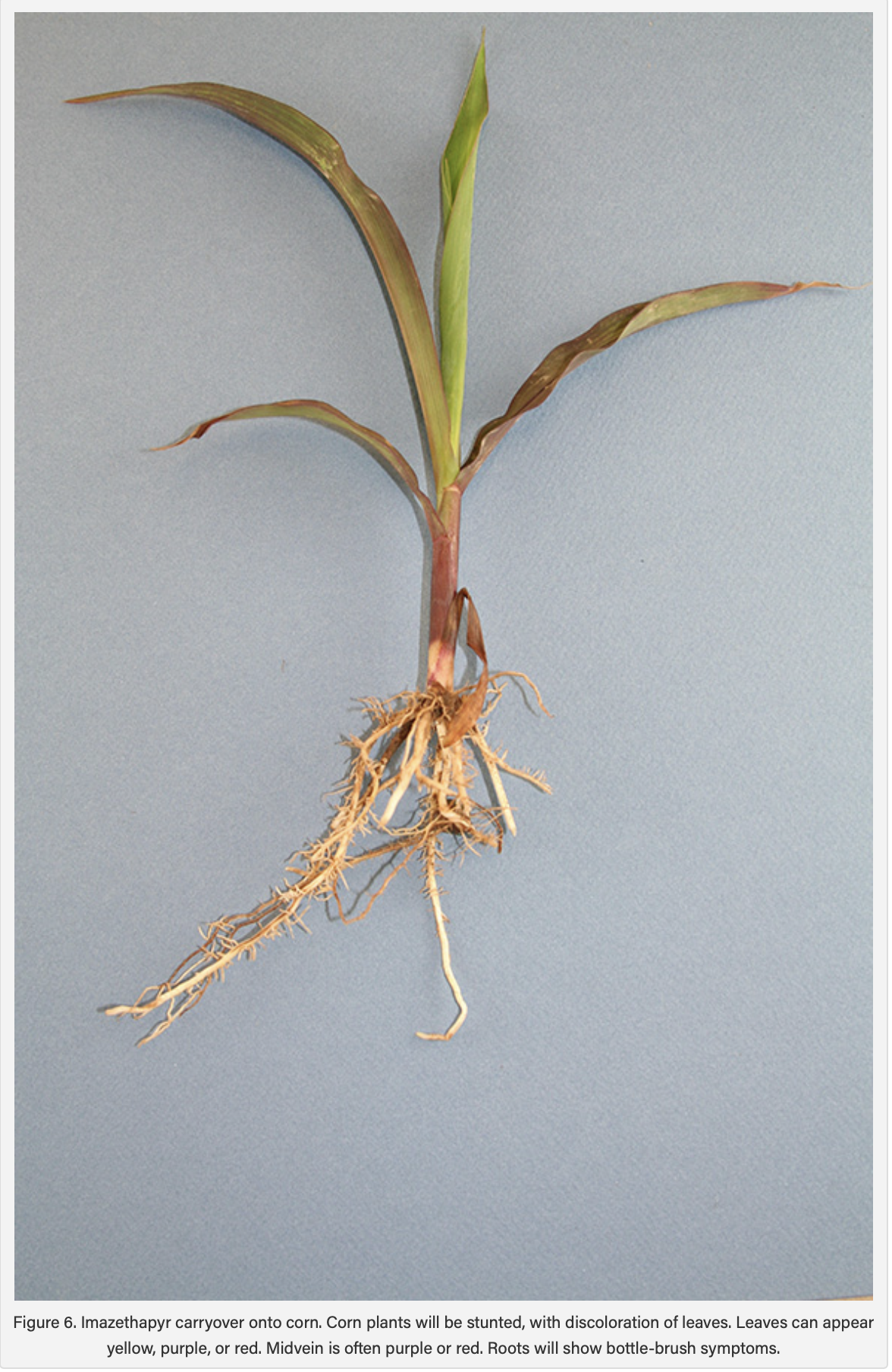 Another herbicide carryover driver is soil pH. Sulfonylureas and atrazine don’t readily break down in soils with a pH of 6.8 and higher. Imazethapyr can cause carryover injury when pH is 6.5 and lower.

“In eastern North Dakota, we have whole fields with high soil pH," explains Ikley. "As you move into the central and western North Dakota, and also into the central and eastern Corn Belt, different pH or soil types occur in pockets, like sandy areas within an overall medium-textured soil. That's where we see carryover instances occur in pockets rather than across the whole field."

Understanding application rates and crop rotation intervals on herbicide labels can help prevent yield loss, especially during a drought. If late application last summer was combined with little moisture to set up a potential carryover scenario, the best prevention is to plant the same crop as last year.

Another remedy could be tillage. “If you apply a herbicide and drought happens, it doesn’t get incorporated too deep. This is one instance where tillage, whether it's four to six inches deep, can redistribute the herbicide concentration throughout the soil profile. And sometimes that's just enough to avoid some carryover symptoms,” Ikley says.

A third consideration is variable-rate lime applications to reduce the areas of a field that have extreme pH. Keeping soils within a range of 6.5 to 7.0 pH can reduce the carryover potential of most herbicides.

Ikley warns growers that recent rainfall, which reduced drought ratings in some regions, may not eliminate carryover. “If we have some wet soils to begin with in the spring,

the degradation processes will start again as soils warm up.

But if your only moisture last year occurred in late fall or winter, soil microbes weren't active to degrade herbicide, so be aware of potential carryover.”

If you want to check your soil for possible carryover, this University of Nebraska Extension bulletin describes how to conduct a bioassay test.