Herbicide resistance has been a part of the weed control landscape for decades now. When it comes to the question of whether this resistance is reversible, unfortunately the answer is no. It's a worst-case scenario: Herbicide-resistant weed species will maintain their genetic superiority over those chemistries as long as their offspring continue to add weed seeds to the soil. Stopping the use of those herbicides won’t reverse those genetics.

“That herbicide-resistance trait will be passed along to the weed’s offspring whether the herbicide is applied or not." 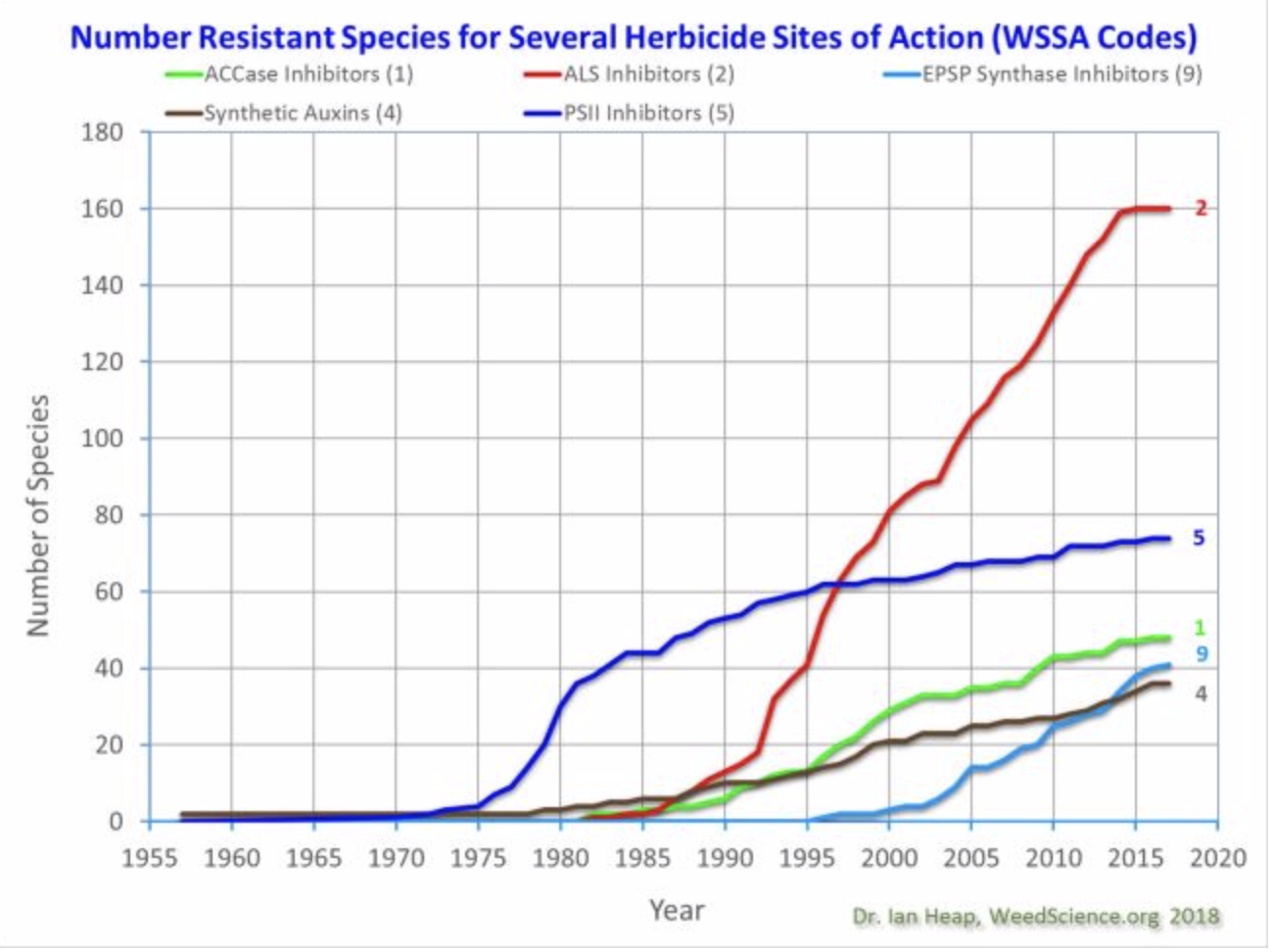 Since the resistance gene stays in the biotypes of a weed population, Tranel says it’s possible to reduce the frequency of these resistant biotypes slightly, but probably not within a farmer’s lifetime.

Weed biotypes have resisted herbicides since the 1957 reports of 2,4-D-resistant weeds. As of May 2021, there are 522 unique cases (species x site of action) of herbicide-resistant weeds globally. More startling, weeds have evolved resistance to 23 of the 26 known herbicide sites of action and 164 different herbicides.

Imagine a weed with a herbicide-resistance gene growing next to a weed without that resistance gene, and no herbicide application. “The plant with the resistance gene might produce 95% of the seed that the other plant produces, so, it does decrease in frequency,” Tranel says. “For example, say 75% of your plants are resistant. If you stop using that herbicide, after one year it might drop to 73%. The next year it drops to 70%, then 68% after three years. So, after 20 years, it might be down to 10%, but it's still there and will come back if that herbicide is used again.”

To better understand resistance over time, Tranel’s research group conducted a greenhouse trial on thousands of waterhemp plants that had resistance to five different herbicides. They collected the seed and replanted each subsequent generation six times (simulating six years) with no herbicides applied.

“We tracked the population frequency of each resistant trait. After six generations, the biggest reduction we saw was 10%. I tell farmers that you can decrease the resistance slowly, but it’s not that significant,” he adds.

"I tell farmers that you can decrease the resistance slowly, but it's not that significant."

Since resistance doesn’t go away, weeds accumulate multiple herbicide resistance, sometimes to four or five different chemistries. “We’re also finding a new metabolic resistance (different from site-of-action resistance) which will be more difficult to overcome because a gene encodes an enzyme that metabolizes a herbicide,” Tranel says. “And a greater challenge that may occur is these same enzymes may partially contribute to the metabolism of other herbicides.” 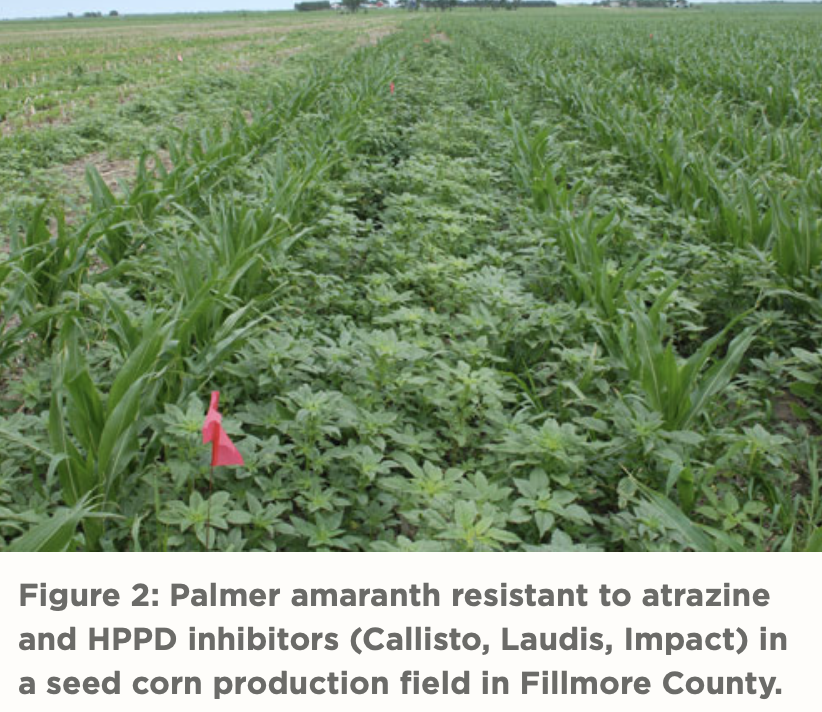 Tranel says that farmers should certainly try to reduce herbicide resistance by using multiple site-of-action herbicides in a given season and use other cultural weed control practices. He explains this is a much better strategy than repeatedly applying the same site-of-action products.

“As the old saying goes, ‘One year of seeding equals 10 years of weeding.’ There's truth to that, so keeping your weed populations down is critical. Use a variety of control practices from tillage, crop rotations and cover crops to good full-rate preemergence herbicides, good full-rate postemergence herbicides and field scouting. Don't let weeds go to seed,” he stresses.