Kochia is one of the most troublesome weeds across the Great Plains and western United States. It can be found in crop fields, pastures, rangeland, roadsides, ditch banks and wastelands. Left uncontrolled, kochia can cause severe yield reductions in crops. 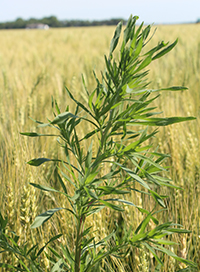 Heap, I. The international survey of herbicide resistant weeds.