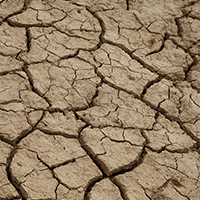 For the first time on record, North Dakota entered extreme drought in December, a month when snowpack would normally be improving soil moisture levels.

“Conditions are dire in several North Dakota counties,” says state climatologist Adnan Akyuz. “The forecast is that severe (D2) and extreme (D3) drought conditions will further expand because there is no relief expected soon.”

Feeling the Effects of Drought

While March rains brought some relief to areas of South Dakota through Colorado, drought conditions in North Dakota and Montana continued to worsen.

Between October 2020 and February 2021, North Dakota was the driest state in the United States, according to the National Centers for Environmental Information. “Usually, our snowfall begins accumulating in October on frozen ground, and that precipitation becomes the property of the next growing season because it remains until early spring,” Akyuz says.

According to NASA data, available moisture in the top 4 inches of soil is 1% to 2% of normal across much of North Dakota.

“If soil moisture data was available for the past 100 years and you ranked years from the driest to highest soil moisture content, our current conditions would rank first or second. Going down to a 3-foot depth, conditions don’t change with soil moisture still at the 1 to 2 percentiles,” — Adnan Akyuz

Based on precipitation from October 2020 until February 2021, North Dakota experienced its driest year in 126 years, with the current drought considered the third-most severe in the state in recent years.

The northern Plains experienced extreme droughts in 2006 and 2017. However, in those years, drought had carried over from the previous season and moisture conditions were improving in December.

“This is just the beginning of the growing season, so conditions will likely worsen. We are going to surpass the conditions of 2017, and this is going to be an economically costly drought in the Dakotas and Montana,” Akyuz says.

The 2017 drought’s economic impact totaled $2.6 billion across the states of North Dakota, South Dakota and Montana. In comparison, the 2006 drought had an estimated economic impact of $7.4 billion, but it involved many more states.

Akyuz suggests thinking about available soil moisture as a savings account, with precipitation as budgeted income and evapotranspiration as expenditure.

With less evapotranspiration, winter is the time to accumulate moisture assets. In the summer, you spend more than you make. Precipitation amounts are generally higher in summer months but much of the moisture evaporates into the atmosphere.

“Winter snowpack is an important moisture mechanism in the northern Plains. When you remove snow from this equation, it makes us very much dependent on spring precipitation and so far it is not there,” Akyuz says.

Winters in the northern Plains are normally characterized by frigid temperatures and multiple feet of snowpack that linger into early spring. Because that didn’t happen during the winter of 2020-21, cereal farmers should carefully consider their spring herbicide choices.

“Canada thistle produces an extensive root system that requires systemic herbicides to enter the roots to achieve acceptable, long-term control,” she says. “The most important herbicide active ingredient in the fight against Canada thistle is clopyralid, which translocates to the roots of the plant and controls the root system.”

Curtail®, Curtail® M, PerfectMatch®, WideMatch® and WideARmatch® herbicides from Corteva Agriscience, applied in-crop, have demonstrated up to 70% thistle stand reduction the following year and are valuable tools to optimize yields.

“The use of clopyralid-based products as part of a long-term control strategy for Canada thistle is essential and is particularly important to maximize the yield potential for field peas, soybeans and sunflowers,” Dalton says.