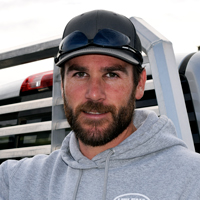 Rotating herbicide modes of action is a crucial component of a resistance management plan, especially for those wheat growers who include chem fallow in their crop mix.

Chem fallow rotations may help wheat farmers manage production costs and conserve soil moisture for future crops. However, chem fallow is also associated with a disproportionate number of herbicide applications made to crop-free fields, increasing the potential for resistance development.

“Fallow is all about recharging the soil with moisture,” says Kyle R. Young, an agronomist with Helena Chemical (Agri-Enterprises) in Eltopia, Washington. “Rainfall moisture is critical. We need a good flush of moisture for our herbicide treatments.”

With chem fallow becoming more common in some wheat-growing regions, Young says, glyphosate resistance is similarly building. With it comes the need for additional modes of action during the wheat growing season to combat potential resistance development.

“Farmers are often spraying glyphosate, a Group 9 herbicide, multiple times per year. That was not previously a common practice,” he says.

As a result, Young looks for alternative modes of action in his winter wheat crop to rotate away from the Group 9 mode of action.

A fall herbicide treatment is often preferred because of the benefits associated with warmer conditions, smaller weeds and fewer temperature extremes. However, weather and environmental conditions, including insufficient soil moisture, sometimes necessitate a spring spray.

“We do anything we can to hold weeds back and get them when they are small. If weed control is pushed to the spring, you may be facing exacerbated weed issues,” he says. “Our goal is to control grass weeds in the fall and broadleaf weeds in spring. We need to capitalize on what Mother Nature gives us. In good years, we don’t pull back the throttle.”

“The proof is in the pudding,” he says. “We look at fields after harvest, and they are spotless. Competing products just don’t have the residual.”

He considers WideMatch the standard for prickly lettuce and marestail control. For improved control of Russian thistle, he adds 2,4-D to the mix.

And now cereal producers have a new tool with the registration of WideARmatch™ herbicide. WideARmatch incorporates well into a spring weed control program, offering control of Russian thistle, kochia and dogfennel (mayweed chamomile), as well as agronomic benefits.

“With WideARmatch, you get the benefit of a Group 4 mode of action that is not commonly used in this area,” Young says. “We don’t want to breed resistance. We are already fighting glyphosate resistance and Group 2 resistance. Our goal is to get two, if not three, modes of action in the tank.”

“WideARmatch and PowerFlex together in the spring will take care of almost every weed that is out there,” Young says. If the crop growth stage permits, he adds 3 to 4 ounces of metribuzin to the tank mix to provide additional control of downy brome and goat grass.