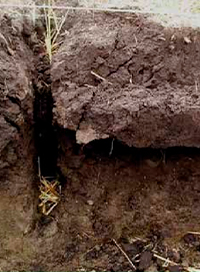 If you can count the number of dry harvests you’ve experienced on more than one hand, consider yourself lucky. Rain events, even snow on occasion, create wheel tracks and rutting during the rush to get the crop out. Unfortunately, those tracks can lead to lasting soil compaction that impacts future yields.

Research shows the first two cropping seasons following compaction events result in the largest yield reduction in corn and soybeans. Median yield reduction of 21% can be expected, according to a deep-dive look at research across the Midwest by North Dakota State University (NDSU) soil scientist Aaron Daigh and University of Minnesota Regional Extension educator Jodi DeJong-Hughes.

In one seven-farm example in western Minnesota, DeJong-Hughes saw similar results in 2010 and 2011. “Following a wet harvest in 2009, we studied farms that had adjacent areas with and without wheel-traffic compaction, as evidenced by deep ruts. [The damaged areas] resulted in 16 to 17% yield loss in corn and soybeans.”

After two years, their literature search found that longer-term yield reductions can still occur, but they tend to be less than 5%, and they occur during inclement weather years. 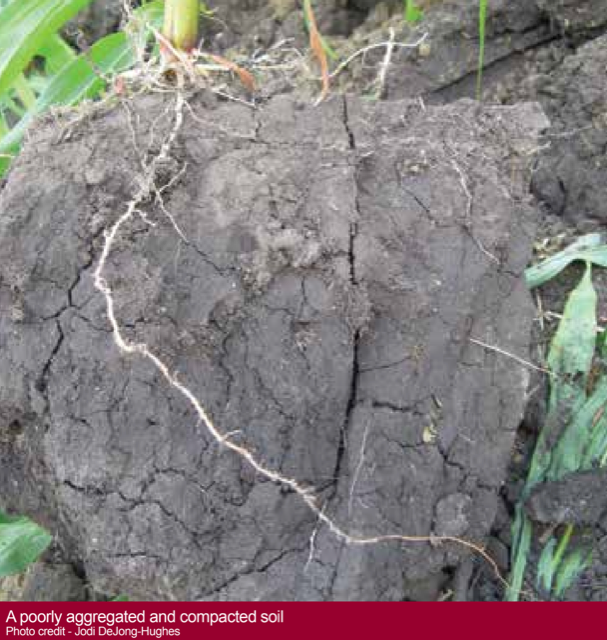 DeJong-Hughes says the first thing to do is to wait as long as possible before starting tillage so the soil can dry out. “Second, while deep tillage to shatter smeared soil or compacted layers may seem logical, it will likely damage soil structure and leave soil susceptible to further compaction.”

For managing ruts, Daigh and DeJong-Hughes recommend a 6- to 8-inch tillage depth for sandier soils. For heavier soils, tillage should be as shallow as possible to fill in the ruts enough for smooth planting.

What about the freeze-thaw cycle to help repair fields? DeJong-Hughes reminds growers that only the top two to five inches of soil will experience more than one cycle per year. “The old adage that the freeze-thaw cycle will loosen compacted soils was derived from a time when machinery weighed less and grass and deep-rooted legumes were grown in the crop rotation,” she says.

Today’s heavy axle loads (10 tons or more per axle) combined with wet soil can extend compaction to depths of two feet or more. Such depth is more likely to persist compared to shallow compaction. Large 500 horsepower tractors, full combines, slurry tankers and grain carts can weigh between 18 and 40 tons per axle and, whether equipped with tires or tracks, can create compaction down two to three feet.

For more information on tillage and its impact, the University of Minnesota and NDSU compiled an excellent Upper Midwest Tillage Guide. NRCS in South Dakota, working with South Dakota State University, offers some producer insights in videos through its Growing Resilience with Soil Health series. 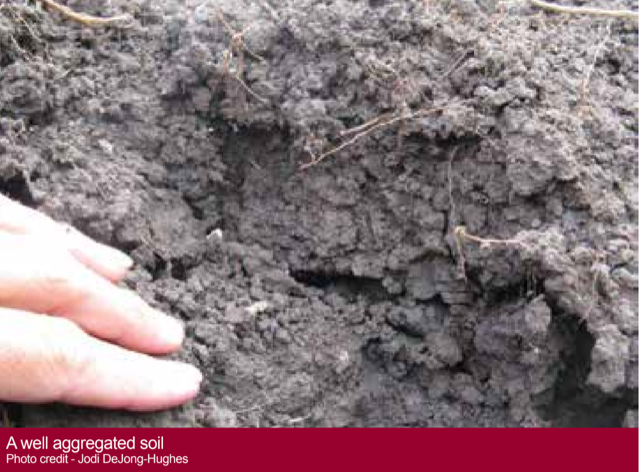 When dealing with a wet fall that affects a farmer’s ability to use tillage, weed management becomes a more critical challenge the following spring.

“Achieving full control of early weeds closer to planting—that are either flowering or beginning to bolt (where the stems elongate)—becomes difficult,” she says. Early burndown treatments can work especially well in no-till fields with known winter annual weed issues.