Long gone are the days when glyphosate would smoke a foot-tall weed. Now, proper timing of an early postemergence application occurs when your largest weed to control is less than five inches tall—no larger than a soda pop can. In some instances, corn size also matters as some solutions can't be applied on corn taller than 12 inches.

“The good thing about corn is there are more postemergence herbicide options than for soybeans, especially now with Enlist corn,” says Amit Jhala, University of Nebraska weed scientist. With Enlist® corn, you can apply 2,4-D choline, glyphosate and FOP herbicides. Depending on the trait system you use, other postemergence herbicide products could include dicamba, glufosinate , and mesotrione-based herbicides.

Herbicides  work best when weeds are actively growing, not under stress, the air temperature is 75 to 85 degrees, and it doesn’t rain for at least a few hours after application. 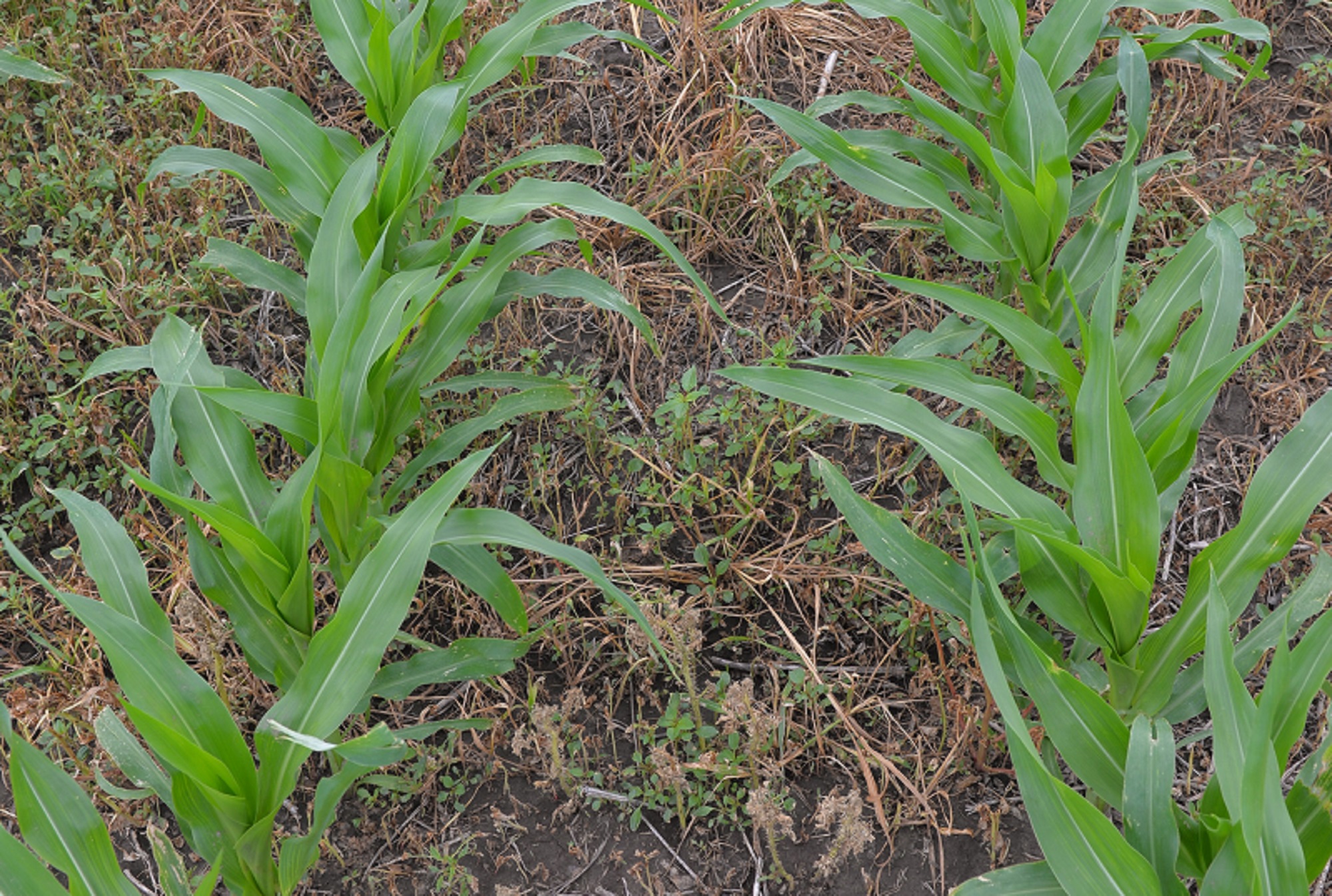 With so many tough weed species being resistant to one or more herbicide chemistries (Groups), the goal is to prevent adding more weed seeds to the soil that create future problems.

“We encourage growers to not only control weeds early for the short term, but to think longer term to reduce the overall weed seed bank in every field,” Jhala says.

You cannot afford to allow weeds like waterhemp, Palmer amaranth and marestail (horseweed) to increase in the future.

They are all difficult to control since many are glyphosate-resistant.”

Scouting each field is critical to determine both corn height and weed species height range. “Take into account your known weed resistance issues, particularly with waterhemp and Palmer amaranth, which commonly resist glyphosate and ALS-inhibiting herbicides,” he adds. “Choose a herbicide combination that will be effective on these target species. You may have to consider other options like glufosinate- or 2,4-D choline-based herbicides if you planted Enlist corn hybrids.” 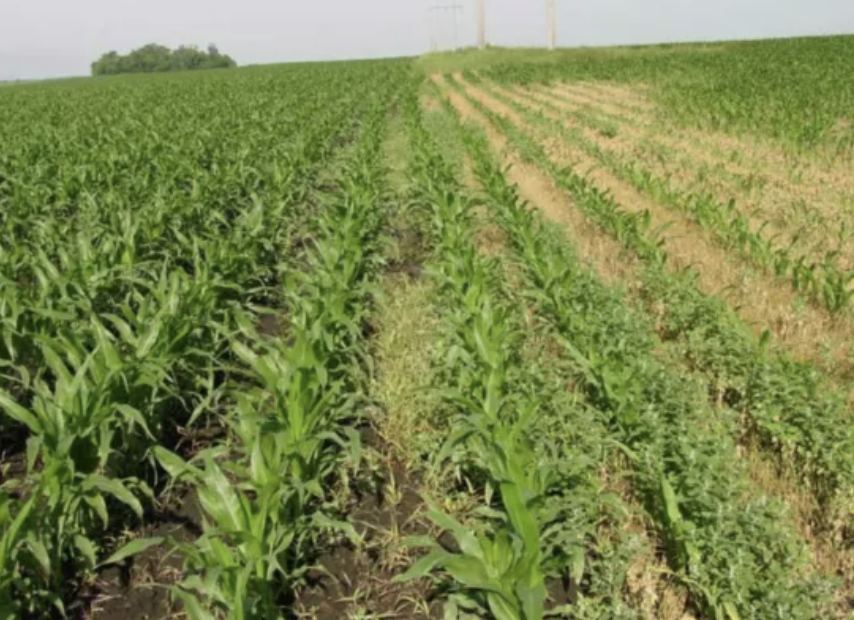 Since waterhemp and Palmer amaranth can emerge from May into August, Jhala doesn't normally recommend two postemergence applications due to added resistance potential.

Growers who face wet spring weather that didn’t allow the application of preemergence herbicides can face complex weed challenges. “This puts all the pressure on a postemergence herbicide, which can lead to weeds too tall to be effectively controlled,” Jhala says.

Under this worst-case scenario, rescue treatments with drop nozzles can offer some help. “Rather than apply nothing, our research on spraying taller waterhemp and Palmer amaranth has stunted the weeds enough to help reduce weed seed production,” he says.

Reducing your weed seed bank in the soil is vitally important, especially when a single plant of waterhemp or Palmer amaranth can produce from 200,000 to 500,000 seeds per female plant. Attention to detail with postemergence application is critical for short- and long-term weed control.