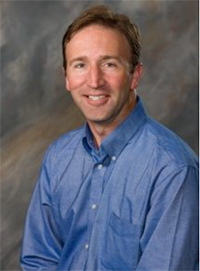 We sat field scientist Mike Moechnig down to get some answers to your most pressing questions.

Is Centuro a comparable nitrogen stabilizer to N-Serve®?

Both Centuro and N-Serve® nitrogen stabilizers inhibit nitrification when used at effective rates, but use patterns may cause differences in efficacy and convenience. Both products contain active ingredients that have been used for decades. N-Serve contains Optinyte™ technology, which is a nitrapyrin formulation while Centuro contains DCD and urea formaldehyde in a mixture called “pronitridine.” N-Serve is recommended at rates for which it was registered and for which the efficacy has been proven while for Centuro there is a supplemental 2(ee) label that recommends use at half the rate it was originally registered for with no clear biological justification for the lower rate. Centuro may still be applied at a significantly higher use rate, so you may need to use 4x more Centuro to cover the same acres as N-Serve. This also means 4x the storage space needed and an increased displacement of anhydrous ammonia in the tank.

Many companies sell DCD, but DCD has often been a challenging product, partially because high-use rates are required for efficacy, which makes it less economical for many crops. Several lab trials published in soil science literature indicate DCD rates need to be 10 times (or greater) than that of Optinyte technology for similar efficacy, but DCD products are generally not recommended at that rate. Studies have also shown that Optinyte technology may be effective twice as long as DCD in some soils, which may be partially due to the shorter half-life of DCD and greater potential for DCD to leach in the soil.

Is there a plan to market a product that utilizes both nitrapyrin and DCD technologies?

Rainwater can push nitrogen down into the soil as far as 8 inches in a single rainfall in light-textured soils. How far can it push down in heavy-textured soils? Nitrates can move with water through any soil type. Heavy-textured soils like silt loam or clay loam soil can hold nearly 4x as much water as a lighter-textured sandy soil. But after soils reach their water-holding capacity, any additional water can move nitrates deeper into any soil. Therefore, nitrate depth depends largely on time and the amount of rain.

Prioritizing stabilizers may partially depend on the ability to incorporate the nitrogen fertilizer into the soil. Since all soil types can be susceptible to nitrogen leaching, a good nitrification inhibitor like Optinyte™ technology can be beneficial in many soils and situations.  Above-ground stabilizers may be beneficial in cases where ammoniacal fertilizers are applied to the soil surface and rely on unpredictable rainfall for incorporation.

If doing split applications of 28% nitrogen, is it recommended to add Instinct® nitrogen stabilizer on both applications?

Overall, activity is often relatively similar if Instinct is applied in a single or split application, so applicators have the flexibility to choose which approach is most convenient.

Can I reduce my rate of Instinct® nitrogen stabilizer if I’m applying Instinct with my sidedress UAN?

Rates of Instinct® nitrogen stabilizer can be reduced by as much as 50% if applied between the V4 to V6 corn growth stages as the duration of needed control is less at this later application time. Instinct may not be applied after the V6 corn growth stage.

In my area in eastern Kansas, the use of N-Serve® nitrogen stabilizer in fall-applied ammonia is common. Yet when we reach the spring application time, it goes to zero. Can you give good information and data to support applications of N-Serve in the spring?

Fall- and spring-applied Optinyte™technology may have slightly different advantages, often with a slightly greater yield advantage from fall versus spring applications. It seems easy to recognize the benefit of applying Optinyte in the fall to protect nitrogen from leaching during the winter and early spring. Spring-applied Optinyte is also important to help preserve adequate nitrogen availability later in the season (during early reproductive phases) when nonstabilized nitrogen may otherwise be depleted. In addition, spring is an especially vulnerable time for nitrogen loss. Spring rains and warming temperatures are major contributors to this loss, so regardless of preplant or sidedress application timing, preserving nitrogen with a stabilizer is essential given the conditions. This helps mitigate the riskiness of spring weather and keeps nitrogen in the root zone for when corn needs it the most.

If I apply Instinct® nitrogen stabilizer to my manure in the fall, will I still have to apply it to my urea again in the spring?

The label for Instinct® nitrogen stabilizer allows for a higher use rate (74 fl. oz./A Instinct II) with fall-applied manure to provide additional protection in the spring and into the growing season. If a lower rate is used in the fall (37 fl. oz./A Instinct II), then an additional application with fertilizer in the spring may extend the duration of control later in the growing season.

Adding Instinct® nitrogen stabilizer to manure in either the pit or trucks can be a logistical and regulatory challenge. Any research/tips/ideas on applying Instinct to the ground via spray rig before manure is applied? Efficacy? BMPs?

It is preferred to apply Instinct® nitrogen stabilizer with the manure or fertilizer because that will ensure the applications will be directed to the soil and be close to the nitrogen. Instinct may be broadcast applied immediately prior to a surface manure application and it may be best if both are mechanically incorporated soon after application. Instinct is compatible in mixtures with many other crop protection products, such as pre-emergence or burndown herbicides. However, it is important that the soil surface cover is minimal to prevent blocking Instinct from the soil surface. Instinct® nitrogen stabilizer must be incorporated into the soil mechanically or with water within 10 days of application.

Can I plant soybeans into a field that was already treated with Instinct® nitrogen stabilizer?

Even though soybeans would likely tolerate Instinct® nitrogen stabilizer, residue restrictions require that soybeans can only be planted at least 30 days after an application of Instinct.

How well does a nitrogen stabilizer work with a low organic matter like 0.5 to a 1, when you don’t have any negative ions to hook up with the positive ones

Generally, N-Serve® and Instinct® nitrogen stabilizers work best in soils with a greater risk of nitrate leaching. In low-organic-matter soils, N-Serve and Instinct can be more readily available in the soil water solution to inhibit Nitrosomonas bacteria that convert ammonium to highly leachable nitrate. Even in low-organic-matter soil, keeping nitrogen in the positively charged ammonium form can reduce leaching as ammonium may be attracted to other negatively charged particles in the soil.

Instinct® nitrogen stabilizer protects my nitrogen from leaching, but does it also keep it from being plant-available initially

Instinct® and N-Serve® nitrogen stabilizers do not affect the availability of nitrogen to plants. Instinct and N-Serve slow the conversion of ammonium to highly leachable nitrate creating a higher ratio of ammonium to nitrate in the soil. Therefore, there will still be some nitrate in the soil, which plants can use, but they prefer the ammonium form as the plant can use it more efficiently.

Mike Moechnig, Field Scientist, Corteva Agriscience, has been working with Instinct® nitrogen stabilizer field crop trials for several years. Prior to that, Mike earned his Ph.D. in agronomy from the University of Wisconsin and was a state Extension specialist for South Dakota State University for six years.