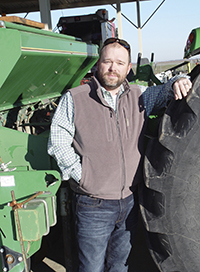 In early 2016, Mississippi Extension Rice Specialist Bobby Golden was approached by an area rice consultant about how to adjust rice seeding rates for broadcast planting.

The decades-long recommendation was to increase seeding rates by 20% to 30%, but Golden decided it was time to research the accuracy of the established advice.

Golden initiated preliminary studies at two Mississippi locations with CLEARFIELD® 163 rice seed planted into silt loam and clay soils. Drill-seeded plots were planted at a rate of 65 pounds per acre. In comparison, broadcast seeding rates began at 65 pounds per acre and were increased by 30%, 45%, 60% and 75% to determine what effect, if any, seeding rates had on yield.

In comparison, the highest broadcast yield in silt loam soil was 176 bushels per acre, which required a seeding rate increase of 45%. Even when the rate was increased 75%, the broadcast-planted rice only produced a 175-bushel-per-acre yield.

The drill-seeded trial produced a 168-bushel rice yield. Increasing the seeding rate by 30% in broadcast planting trials resulted in 119 bushels per acre.

Without fail, drill seeding produced higher rice yield compared with broadcast planting. Based on the trials, Golden says it is not economically feasible to broadcast plant rice into dry soil with a ground rig or airplane.

“No matter how much we increased seeding rate, we still took a yield penalty with broadcast planting as compared with drill seeding,” Golden says. “Seeding rates have changed, and the 20% rule may no longer apply based on preliminary research. Even when we almost double the seeding rate, we’ve still got a 20-plus-bushel yield drag, and we’ve incurred that extra seed cost.”