Until about a decade ago, Palmer amaranth was relatively unheard of in the Midwest. Since then, this pigweed has made a name for itself as one of the most competitive weeds in corn, soybean and cotton fields across the country.

However, because Palmer amaranth, redroot pigweed and waterhemp all fall into the pigweed category, telling Palmer amaranth apart from other pigweeds can be a challenge. Correctly identifying the weed in question is critical in implementing adequate control measures.

Here are characteristics that can help you identify Palmer amaranth. 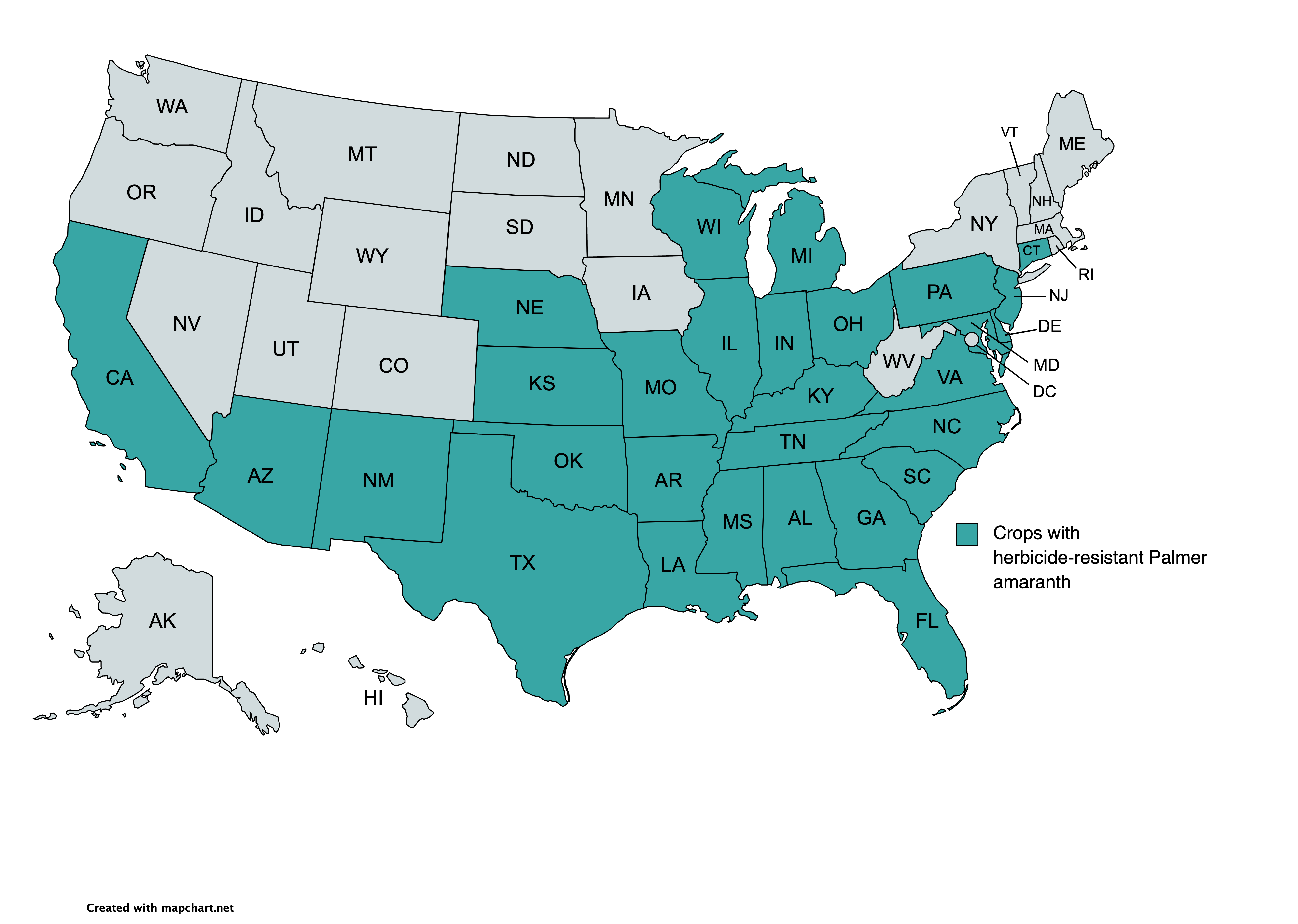 Encourage customers to use a herbicide program approach with multiple modes of action and residual activity to control Palmer amaranth. This means including residuals in both the preemergence and postemergence applications. Additionally, timely applications (when weeds are small: 4 inches or shorter) are critical in reducing Palmer amaranth populations.

Corteva Agriscience offers several herbicide solutions so customers can tailor a weed control program to fit their needs. Learn about key corn and soybean herbicides available at the following links:

In addition to a strong herbicide program, customers can implement several cultural practices to control Palmer amaranth. Some of those include:

Work with your customers and your Corteva Agriscience representative to identify which products and practices make the most sense to control Palmer amaranth in your area.