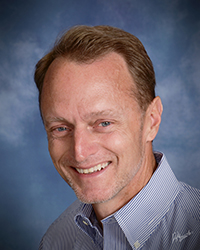 This month, we’re talking with another retailer ambassador. Meet Hovey Tinsman III, the president and retail sales manager of Liqui-Grow, based in Davenport, Iowa.

Liqui-Grow is a family company that Hovey’s father and uncle started in 1958. Today, the company has 23 locations across Iowa, Illinois and Wisconsin.

When asked what the secret is to Liqui-Grow’s success, Hovey shared, “We focus on providing information and products that help our farmer customers earn as high of a ROI as possible. Our customers’ financial success is vitally important to Liqui-Grow.”

Hovey has been in the business himself for more than 35 years. He told us he enjoys his job and working in the ag industry because he likes finding ways to increase profitability potential for customers.

“I like being able to help the farmer solve production problems. I like the challenge of trying to overcome growing problems, producing higher yields, which ultimately, hopefully, turns into higher incomes,” he explained.

When it comes to increasing profitability, one method Hovey recommends to customers is: Split up nitrogen applications instead of applying it all at once.

“We’re interested in split-applying the nitrogen to make better use of the nutrient."

Liqui-Grow mostly sells and applies UAN. The cost of UAN has nearly doubled since the start of 2021. So, it's especially important for growers who use this fertilizer to apply wisely and protect that investment from loss. Hovey told us that by performing multiple applications, farmers can mitigate loss by giving their corn more opportunities to use the nutrients. This helps increase yield potential and keeps excess nitrogen out of the environment. The practice is also recommended as part of the 4Rs Nutrient Stewardship Program.

Hovey explained that split applications are especially good for farmers with soil that is more prone to nitrogen loss. Soils that are wet or sandy throughout the Midwest tend to lose nitrogen more easily through leaching and denitrification.

On the other side of the coin, some areas of the Midwest are experiencing very dry and even drought conditions. Split applications can be beneficial when it's dry as well by allowing more time for the nitrogen to incorporate and be taken up by corn.

Regardless of when his customers choose to apply their UAN, Hovey always recommends they protect it with Instinct NXTGEN® nitrogen stabilizer. He said each application from fall to early spring to sidedress needs to be stabilized.

“Even if someone is applying nitrogen three times, we still believe there is a vulnerability for loss, and that’s where the Instinct NXTGEN comes into play,” Hovey explained. “It keeps the nitrogen available in the ammonium form for a longer amount of time, and that’s been our focus.”

Instinct NXTGEN works below ground to slow the bacteria that converts ammonium nitrogen into nitrate nitrogen. Nitrate is more easily lost into the environment than ammonium. By keeping nitrogen in the ammonium form longer, it’s more likely to get into the corn plant than into the waterways or air.

Hovey said that, while corn can use both nitrate and ammonium, ammonium is more efficient. “The reason we promote Instinct NXTGEN is because it helps keep nitrogen available as long as possible to really help the corn use nitrogen more efficiently. We’re not interested in just selling pounds of nitrogen. We’re interested in increasing yield by the way nitrogen is applied and used by the plant,” he says.

A Better Return on Investment

Hovey told us Liqui-Grow doesn’t just rely on data from Corteva Agriscience to show Instinct NXTGEN reduces nitrogen loss and increases yield potential. He said his company has done its own replicated trials that show the product increases average corn yield by 7-9 bushels per acre.

“There’s a long history of science behind it. And Instinct NXTGEN has been able to — hands down — provide those benefits time and time again,” Hovey added.

After all, Hovey’s favorite part of his job is increasing profitability potential for his customers. He said helping them get the most out of their nitrogen applications is just one way to do that.

Nitrogen is vulnerable to loss regardless of how much you apply or when you apply it. You can see how much your customers could lose by not using a stabilizer with the nitrogen loss calculator.