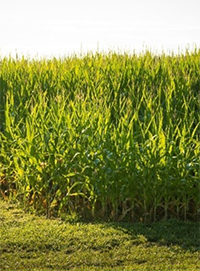 As a farmer, you rely on natural resources for your livelihood. Therefore, you have a vested interest in keeping the land, water and air clean now and into the future. That way, the next generations of farmers will be able to carry on the same traditions.

One natural resource that touches farmers across the Midwest is the Mississippi River. The river is an essential part of the country’s water and food supply. However, it is facing pollution problems from its starting point in Minnesota, to its end point in the Gulf of Mexico. Tributaries, which are smaller waterways, are feeding pollutants like nitrates into the Mississippi.

Luckily, however, there are efforts underway to stop this pollution from north to south and east to west. This is thanks to the U.S. Environmental Protection Agency’s formation of the Mississippi River Gulf of Mexico Hypoxia Task Force. The EPA created the task force in 2008. It is a partnership of 12 states, five federal agencies and a representative for Native American tribes that is working to reduce nutrient pollution in the Mississippi/Atchafalaya River Basin.

Under this strategy, the state is implementing measures over the next 20 to 30 years to reduce its input of nitrates and other pollutants into the Mississippi River. The Iowa Department of Agriculture and Land Stewardship explained, some of those measures include greatly increasing cover crop acres, installing nitrogen-reducing wetlands along farm fields and reaching out to farmers in the state to raise awareness about these efforts.

According to the Iowa Department of Agriculture and Land Stewardship, Iowa farmers are embracing these efforts. For example, a 2017-2018 progress report from the three main partner agencies found, cover crop acres grew to 760,000 in 2017 from 15,000 in 2011. The same report found that, in 2018, the state held outreach events in 92 counties and created a law that dedicated an additional $270 million over the next 12 years for agricultural conservation protections and wastewater treatment improvements.

Iowa is not alone in its efforts to keep the Mississippi River clean. Several other states have similar programs in place. However, it’s going to take a group effort over many years to ensure these programs are successful.

How You Can Help

There are simple steps you can take on your own to help keep waterways like the Mississippi River cleaner. One of those steps is to use a nitrogen stabilizer, such as N-Serve® or Instinct® nitrogen stabilizers from Corteva Agriscience.

Corn uses nitrogen in two forms: ammonium and nitrate. Ammonium is preferable to corn, because it’s easier for plants to absorb and is less susceptible to loss. Nitrate is more easily susceptible to loss via leaching, which is how it ends up in waterways.

There are bacteria species that convert ammonium into nitrate, leading to accelerated loss. N-Serve and Instinct both work below the soil to slow those bacteria down, extending ammonium’s useful life for up to eight additional weeks. Both products are proven to result in 16% less leaching. This means nitrogen is more likely to end up in corn, where it belongs, rather than in the water supply. As a bonus, the products help reduce greenhouse gas emissions by 51%.

N-Serve and Instinct are great choices for you because they’re both accepted for registration by the EPA. In 2016, Instinct received the EPA’s Presidential Green Chemistry Challenge Award for the proven ability to protect the environment and the soil while increasing nitrogen effectiveness for farmers. Instinct is the only product of this kind to win such an honor.

Regardless of how you apply nitrogen, N-Serve and Instinct can help keep it where it belongs, leading to better yield and cleaner waters from now into the future.