If the right deal were to come along, Mike and Monte Weeks would add again to the land base for their cattle business. But deals don’t come around often, so they’re increasing carrying capacity on what they have.

“We’ve actually expanded by keeping pastures clean and fertilizing and rotating [grazing and rest],” Mike says. “Buying land to expand the land base is expensive, and it’s hard to find a location that works well. We’re better off to manage what we have.”

The brothers have added to their family ranch near Stuart, Oklahoma, through lease and purchase, but they’ve devoted more attention to intensive management.

“Our dad always said, if you take care of your pastures, you can raise more pounds of beef per acre,” Mike says.

As an example, he points to a bermudagrass pasture he and his brother had first leased and then bought. To their knowledge, fertilization and weed control hadn’t been used on it prior to their care. For two years in a row, the brothers fertilized the pasture and controlled weeds.

“Before we did that, 30 cows couldn’t find enough there to eat,” Mike says. “Now it can run 50, and we’re starting to make progress. If you want to improve pasture, you can do it pretty quickly.”

The pasture happened to be where Mike first tested dry fertilizer impregnated with GrazonNext® HL herbicide. The brothers also partner in Stuart Farm and Ranch Supply, in Stuart. The herbicide manufacturer — then Dow AgroSciences, now known as Corteva Agriscience™ — approached them about offering impregnated dry fertilizer through the store. Mike wanted to see it in action firsthand.

“When I sell something, I want to be sure it works,” he says. “So we used our own place as a test plot. That was our first experiment, and it’s why we’re sold on it. Now we use impregnated fertilizer on everything we fertilize.”

Before herbicide-impregnated dry fertilizer, the brothers followed up dry fertilizer applications by spraying GrazonNext HL and water through their farm sprayer for weed control. If they don’t fertilize a bermudagrass pasture, they still do that.

“In his experience, Mike says, weed control from impregnated fertilizer has been comparable to or even better than liquid applications from a sprayer.

“It comes back to application. A lot of this country is not set up for a boom sprayer — it’s rough,” he says. “One reason we get better kill is coverage — proper application rates per acre. Where that fertilizer goes, the herbicide goes with it.”

To get adequate coverage, the brothers follow the recommendation: 200 pounds of dry fertilizer per acre treated with GrazonNext HL at the rate of 2 pints per acre.

“We use full rates,” Mike says. “We’ve learned that if you cut the rate, you won’t save that much money and you may not get the kill you would with a full rate.”

The Weeks brothers fight ragweed, pigweed, ironweed and dock in their bermudagrass pastures. Whether by treated fertilizer or liquid spray, they see about 90 percent weed control, Mike says. On many of their pastures, weed control is an every-other-year practice.

The brothers also have some native pastures, but they concentrate management on the more productive bermudagrass. They soil test every three years to determine needs for fertilizer and lime and apply as needed. 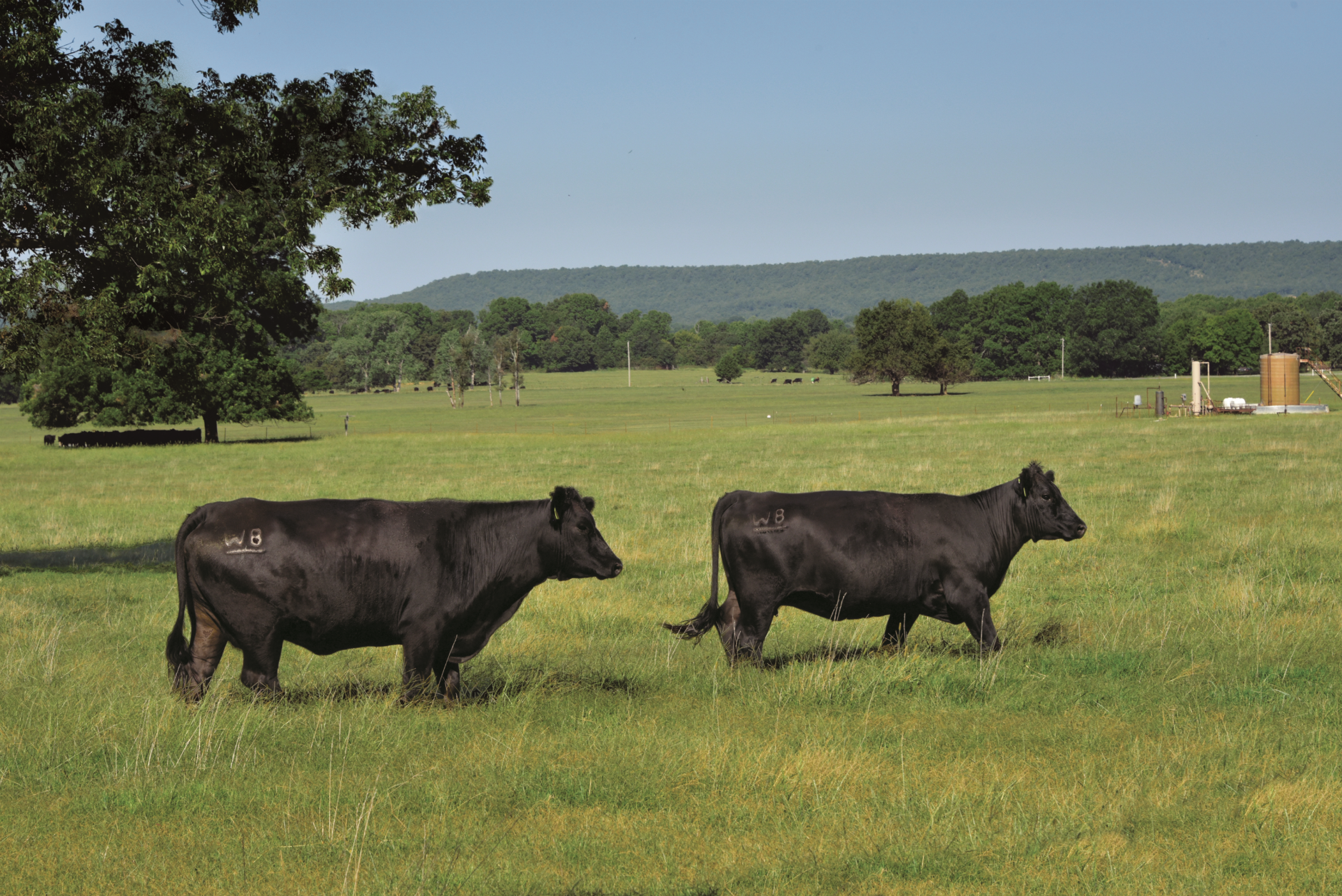 Spring- and fall-calving cows give the Weeks brothers marketing options. They typically sell their own calves as yearlings at 800 to 850 pounds.

They rotate cattle based on grass growth, trying never to graze the bermudagrass below 4 inches in height. That leaves enough leaf for quick recovery to grow more grass.

The brothers interseed ryegrass into some bermudagrass pastures, and they have fescue in others. With adequate moisture, they may not feed hay until early January.

“The most expensive thing we can feed is hay,” Mike says. “I’d rather feed through a bunk than a bale. We’ve got a ration that works well for us.”

The brothers have spring- and fall-calving cows and typically keep their calves through the yearling phase. From weaning through marketing, the calves get a mixed ration at 4 to 5 pounds per day along with free-choice protein tubs and grass or hay.

The brothers usually market fall calves in November and spring calves between March and June, depending on moisture and forage resources.

“If you take care of what you’ve got, you can run more cattle,” Mike says. “And that’s especially true when moisture may not be adequate. Weeds soak up a lot of that moisture, and you won’t have a whole lot of grass.

“The great thing about using GrazonNext [HL] and fertilizer is you can control weeds, grow more grass and run more cattle on the same acres. With impregnated fertilizer, we can kill two birds with one stone.”

™®Trademarks of Dow AgroSciences, DuPont or Pioneer, and their affiliated companies or their respective owners. GrazonNext HL is not registered for sale or use in all states. Contact your state pesticide regulatory agency to determine if a product is registered for sale or use in your state. GrazonNext HL is labeled for fertilizer impregnation in the states of AL, AR, FL, GA, IA, KS, KY, LA, MO, MS, NC, NE, OK, OR, SC, SD, TN, TX, VA, WA and WV. Always read and follow label directions.