“If you’re going to do it right, you have to put in the investment to get the return,” the Stillwater, Oklahoma, rancher says. For him, that investment means weed control, fertilization, rotational grazing and general soil health management.

“It’s all about managing your forage and return per acre,” he says.

Burtrum and his father, Mike, think a lot about managing assets for the best return — in their own cattle operation and others’.

Burtrum Cattle LLC is their 600-cow commercial cowcalf operation. They also operate Farm Data Services, a management accounting and consulting firm for farmers and ranchers. Part of their service is helping operators figure out where they’re making money and where they’re not.

In their own cattle business, that analysis caused them to switch from stockers to cow-calf in 2011. They haven’t looked back.

Until 2017, the Burtrums typically spread dry fertilizer on their bermudagrass in May and followed up with weed spraying in June. Both were custom applications by the Perry, Oklahoma, location of Farmer’s Cooperative Association. The combination kept pastures productive and resources making pounds of grass and beef, not weeds. 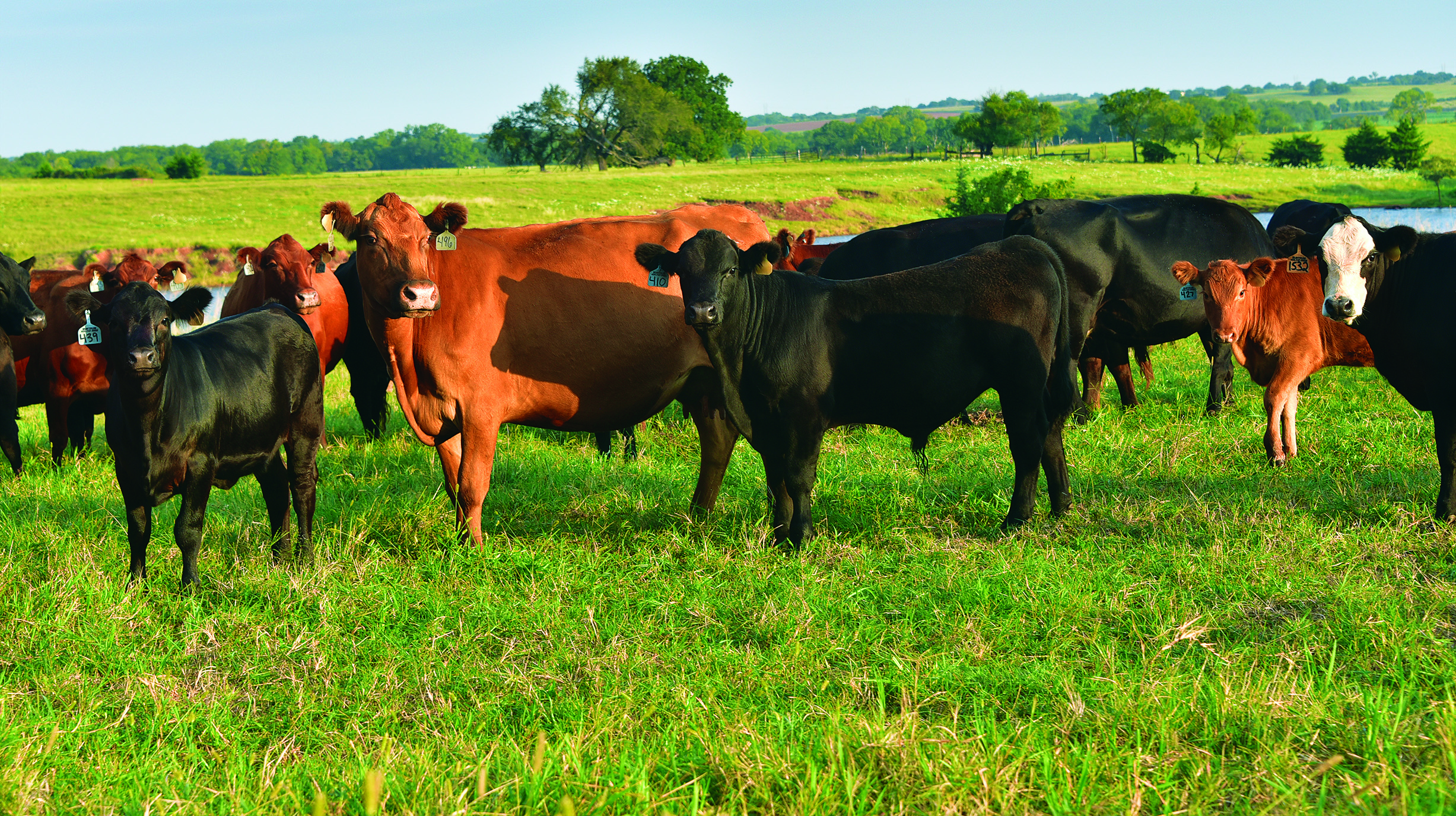 “We usually look at budgets and ask ourselves, ‘Can we not spray?’ But then if we skip one year, we see what happens — we grow less grass,” Clay Burtrum says. “If we’d go without spraying for several years, weeds would choke out the bermudagrass.”

A SWITCH IN STRATEGY

Last year, the co-op’s agronomist, Jonathan Bergmark, approached the Burtrums with a way to save a trip. The co-op could impregnate GrazonNext® HL herbicide onto the dry fertilizer and spread fertilizer and herbicide together.

The Burtrums looked into it and agreed it made sense. “We can save a pass and reduce the risk of having a breakdown or having to wait in line and have the timing get late,” Clay Burtrum says. “Besides, here are six words that can lead to failure: We’ve always done it that way.”

So, in late May, the co-op applied 200 pounds of dry fertilizer impregnated with the GrazonNext HL at the rate of 2 pints per acre on about 1,000 acres for the Burtrums.

Rainfall puts the herbicide-fertilizer solution into the soil. Weed control is almost entirely dependent on the soil residual activity of the herbicide and root uptake by the weeds. For that reason, weed control from impregnated fertilizer may be less than it would be from foliar applications, say Range & Pasture experts from Corteva Agriscience™.

Clay Burtrum says he saw 90 percent control of weeds from herbicide-impregnated, comparable to that from spraying herbicide in water. But the control from impregnated fertilizer was slower than with a liquid application.

“We didn’t see the initial wilting from the top. It’s more from the root up,” he says. “We really started seeing weed symptoms in about two weeks.”

After application, residual control of weeds was the same as spraying or maybe better.

The increase in grass production from weed control and fertilizer can be used to increase carrying capacity, extend grazing into the fall, or both, Clay Burtrum says. The other key piece to making that work, though, is rotational grazing and periodic rest for a pasture during the growing season.

“We rotational-graze everything, based on growth,” he says. “We usually move about every two weeks.

“It’s all about producing more pounds per acre for more profit per acre.”

The benefits add up, Clay Burtrum says. As an example, he points to a 240-acre tract which the Burtrums have stocked with 70 cow-calf pairs for the year.

“Without crossfencing and rotation, the experts will say you can run 24 cows here,” he says. “We actually used to run 100 here, and that was too heavy. Now we’ve backed off to 70, and that’s working. And we’re not feeding supplement.”

In some pastures, like those in the 240-acre tract, the Burtrums will interseed wheat for winter grazing. They also stockpile both native grass and bermudagrass.

™®Trademarks of Dow AgroSciences, DuPont or Pioneer, and their affiliated companies or their respective owners. GrazonNext HL is not registered for sale or use in all states. Contact your state pesticide regulatory agency to determine if a product is registered for sale or use in your state. GrazonNext HL is labeled for impregnation of dry fertilizer in the states of AL, AR, FL, GA, IA, KS, KY, LA, MO, MS, NC, NE, OK, OR, SC, SD, TN, TX, VA and WA. Always read and follow label directions.