It’s about that simple, say pasture experts. While a pound of grass may not sound like much, those pounds add up — usually doubling to tripling forage in trials.

Range & Pasture Steward over the years has reported many trials that demonstrate grass yield from pasture weed control. Those are summarized again below.

One set of numbers in the table is instructive for timing. Look for the asterisks near the middle of the far-right columns.

Other weather factors here may be lost to time but notice that 2X to 3X grass production isn’t unusual. 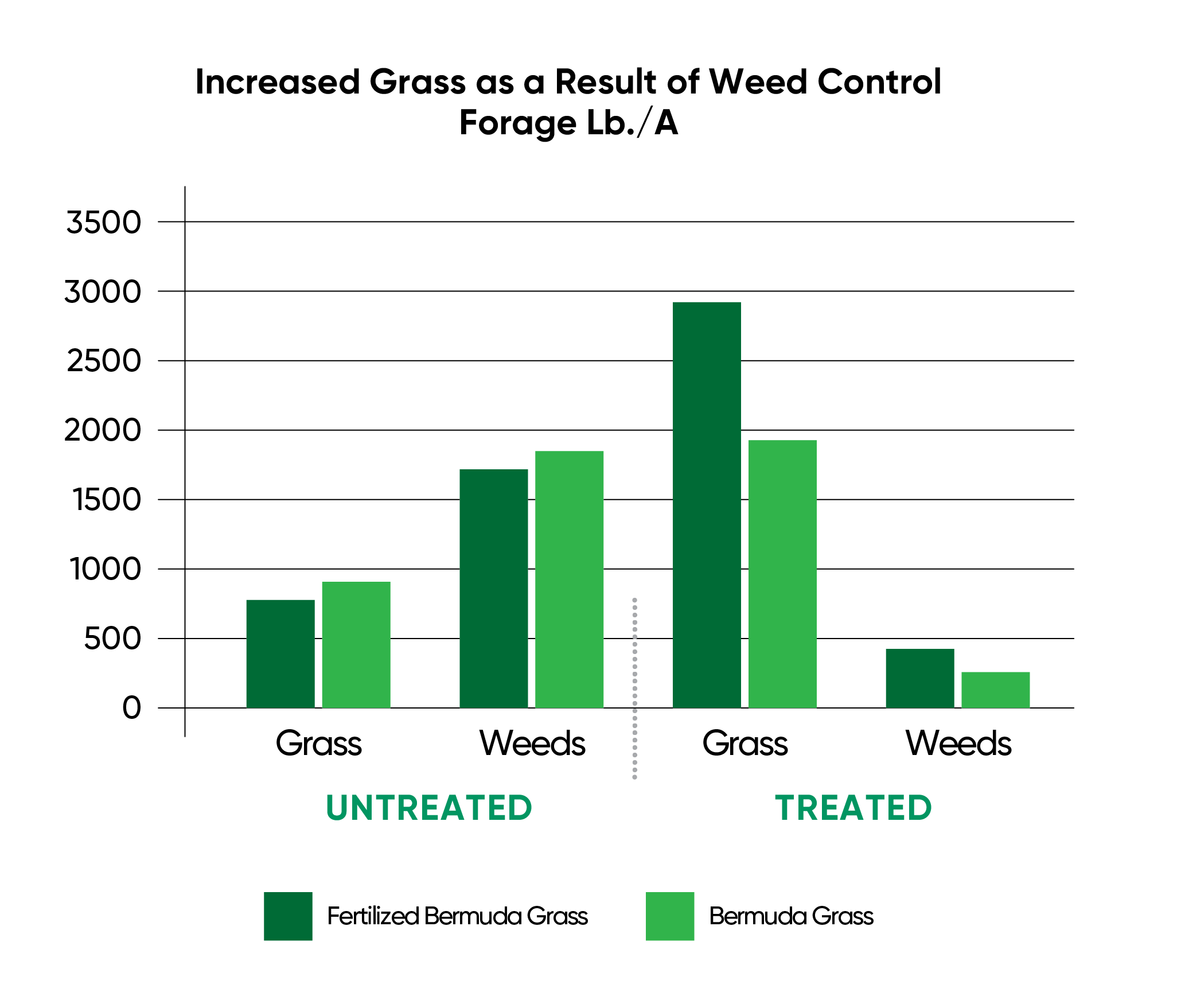 *Early Application in a dry year

**Late Application in a dry year

***Outliers not included in yield calculations

™®Trademarks of Dow AgroSciences, DuPont or Pioneer, and their affiliated companies or their respective owners. Always read and follow label directions.