As a veterinarian and cow-calf operator, Dr. Nancy Jackson has her own herd health program in peak form. But her 700 acres of pasture is a “work in progress,” she says, managing annual and perennial grasses, clover and broadleaf weeds. Still, it seems to be working.

In her practice and in her cow-calf operation, Jackson sees pasture management playing a key role in herd nutrition and health.

On her family’s Southern Cross Farm near Eupora, Mississippi, many of the pastures are in some phase of reclamation from cutover. Jackson’s partners in the cow-calf operation are her husband, Gary, and daughters Kelli and Corrine.

With a defined breeding season, most of Jackson’s cows calve in November and December. Last year, she calved 160. She bred 200 for this year. She weans in July, backgrounds the calves and sells in August for September delivery.

Jackson has supplemented the farm’s permanent pastures of bahiagrass with plantings of ryegrass and improved crabgrass — together — in other fields.

Every fall, she sows ryegrass and gives it a shot of fertilizer. She allows cattle to limit-graze it, beginning about Nov. 1. She prioritizes the high-quality ryegrass for first-calf heifers and replacements that require a higher plane of nutrition.

“We rotate cows on and off the ryegrass, so they get two to three hours on,” Jackson says. “They’re on bahia and crabgrass hay the rest of the time.”

The crabgrass reseeds itself and comes on in the middle of May as the ryegrass is grazed off. She applies nitrogen (N) when the crabgrass emerges.

Jackson then uses crabgrass both for grazing and three to four cuttings of hay.

“Our cows don’t get protein other than hay,” she says. “The last test of our crabgrass hay was 14% crude protein. Even if crabgrass gets past maturity, there’s enough leaf for it to test well.

“If our hay quality is good, cows will eat it like we poured it out of a sack.”

The downside of crabgrass hay is the difficulty in getting it to dry down. It’s the reason Jackson owns a tedder as her only piece of hay equipment. She uses a local custom operator to cut and bale. That’s more economical for her than to own all the equipment, she says.

“We have to hit buttercup when it’s small,” she says.  “Buttercup will choke out our ryegrass. And we don’t want to lose the N we apply.”

The same soil activity that controls later germinations of weeds can also control clover germination for a time. Experts with Corteva Agriscience™ recommend that after spring or early summer applications, clover not be reseeded until January or later the following year.

But, in her experience, by spraying no later than June, Jackson still sees clover come back in those treated pastures by fall.

Jackson typically sprays for those summer weeds in May and June with GrazonNext HL at 1.5 pints per acre. It provides the control she wants. 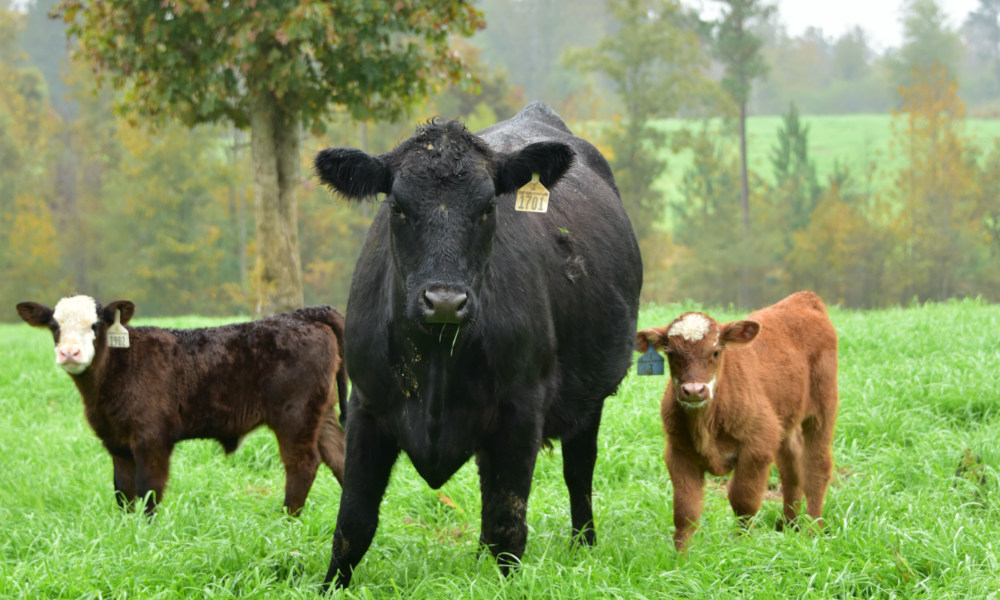 Jackson has a unique perspective on broadleaf weeds. As a producer, she sees the competition they pose to grasses, robbing resources and reducing forage production. But in her food-animal and equine practice, PEAK Veterinary Services, she also sees the animal health problems that weeds  can create.

“Horsenettle is toxic, and I don’t want that in my hay,” she says. “Cattle will graze around it in a pasture, but they may pick it up in hay. It’s especially a toxicity problem in baleage.

“Pigweed can irritate eyes when it’s in round bales. In my practice, I’ve recommended weed control and unrolling round bales.”

The relationship between pastures and herd health may be closer than many producers realize, Jackson observes.

“Fertility of the soil affects composition of the plants and affects the cow,” she says. “Low pH and low iron can lead to mineral imbalances, so cows won’t cycle.

“Rotational grazing can help parasite problems. If you don’t force a cow to graze next to a dung pile, parasites aren’t too bad. Pasture management absolutely affects herd health.”

™®Trademarks of Dow AgroSciences, DuPont or Pioneer, and their affiliated companies or their respective owners. GrazonNext HL is not registered for sale or use in all states. Contact your state pesticide regulatory agency to determine if a product is registered for sale or use in your state. The information presented here is not an offer for sale. Always read and follow label directions.