Over the years, Chris Langley has used bush hogs, herbicide spraying and fertilizer to improve and maintain his pastures. Last year, he tried a new tool. And he’s using a bush hog a lot less than he once did.

Efficiency and timeliness are important to Langley.

That’s why Langley Farms, headquartered at Camp Hill, Alabama, was an early adopter of herbicide-impregnated dry fertilizer when it became available in the state.

It was logical. Langley wants weeds under control, and he likes dry fertilizer for the precision in meeting soil needs.

“We run soil tests on all our pastures,” Langley says, “and with dry fertilizer, we can put out just what we need according to the soil test.” 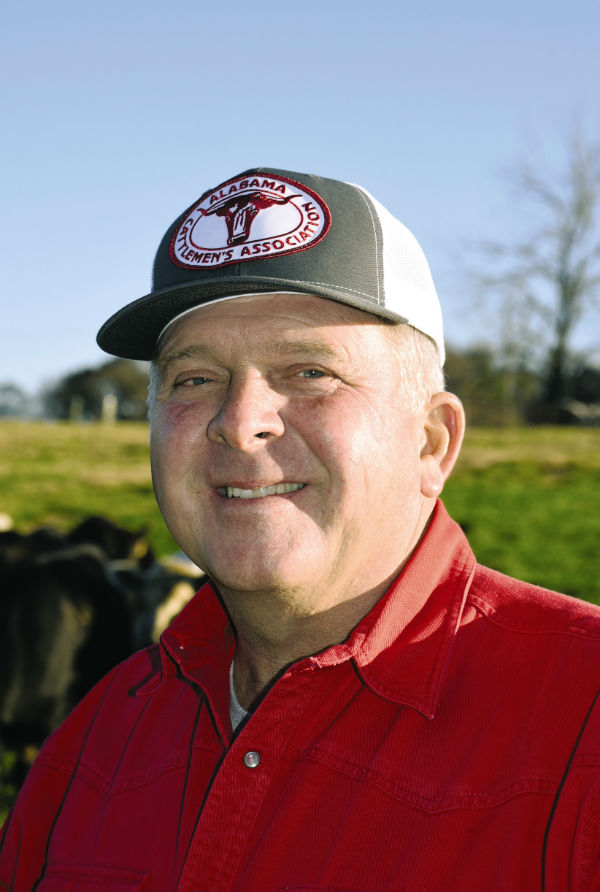 Langley had used GrazonNext® HL herbicide before in liquid applications with water and surfactant, and he’d used the herbicide tank-mixed with liquid nitrogen in hayfields. Both have worked well. But, until recently, spraying was a second step if he used dry fertilizer and needed weed control. Now, he could save a trip and an application cost.

Langley started applications of herbicide-impregnated dry fertilizer onto pastures about March 1 last year. He used it on other pastures as late as July. With his scattered operations, he used two suppliers to spread it for him.

Impregnating fertilizer with GrazonNext HL is a simple process for the herbicide seller. Herbicide in a concentrated solution is sprayed on the dry fertilizer granules or prills during the blending process.

To get an adequate dose of herbicide properly distributed, the herbicide should be applied with at least 200 pounds of dry fertilizer per acre. The rate for GrazonNext HL is 2 pints per acre.

Operators of the spreader trucks then apply the dry product as they normally would.

From there, rainfall puts the herbicide-fertilizer solution into the soil. Weed control is almost entirely dependent on the soil residual activity of the herbicide and root uptake by the weeds.

For that reason, weed control from impregnated fertilizer may be less than that from foliar applications, say experts with Corteva Agriscience™.

For Langley, the dry application performed on par with liquid. Depending on application timing, he targeted buttercup, thistle and pigweed.

“It was really good on thistles. We want to get them before they head out,” Langley says.

Regardless of how it’s accomplished, weed control is important to Langley.

“You get so much higher yield from your grass,” he says. “You’re growing grass instead of weeds, and all that water and fertilizer goes to grass.

“The cows don’t have to hustle as hard to find something to eat. We get better gains from the calves.”

When Langley assumes management of a pasture that’s been neglected, as he has with some leases, he has a protocol. He invites a custom applicator and one of his children involved in the operation to meet, evaluate the pasture and develop a plan.

“We’re trying to instill management in the kids, not just teach them how to work,” he explains.

Langley’s entire family works in the operation: spouse Elizabeth, sons Christopher, Charlie and Chandler, and daughter Chelsea. All of his children are Beef Quality Assurance-certified.

In recent years, a plan for a neglected pasture typically calls for spraying two or three years in a row. If blackberry briars are a problem, they tankmix GrazonNext HL at 1.5 pints per acre with PastureGard® HL herbicide at 10 ounces per acre.

“The second round usually takes out most of the weeds and briars,” Langley says. “But it can take three years to really get it under control. It has a lot to do with how much root system is there.”

Once he cleans up a pasture, he’s often able to skip spraying for a year or two. Now some of his pastures require only spot spraying to maintain. Langley still mows occasionally to freshen grazing, but not for weed control.

“I don’t bush hog nearly as much as I used to,” he says. “A lot of pastures we don’t bush hog at all. We can rotate cattle and graze it off, so we don’t have to bush hog. It’s a huge cost savings — some people bush hog two or three times a year.

™®Trademarks of Dow AgroSciences, DuPont or Pioneer, and their affiliated companies or their respective owners. GrazonNext HL is not registered for sale or use in all states. Contact your state pesticide regulatory agency to determine if a product is registered for sale or use in your state. GrazonNext HL is labeled for fertilizer impregnation in the states of AL, AR, FL, GA, IA, KS, KY, LA, MO, MS, NC, NE, OK, OR, SC, SD, TN, TX, VA, WA and WV. Always read and follow label directions.