Researchers estimate 85% of the 40 million acres of tall fescue (mostly the variety Kentucky 31) contains an endophytic fungus that hurts performance in beef herds. Symptoms of grazing endophyte-infected fescue include:

Researchers peg losses to the cattle industry at $1 billion — $338 million of that comes from reduced weaning weights in the cow-calf sector.

Alkaloids produced by the endophyte concentrate in the seed head at a rate three to five times higher than in leaves or stems. Reducing or eliminating those seed heads can help decrease the incidence and severity of fescue toxicosis. 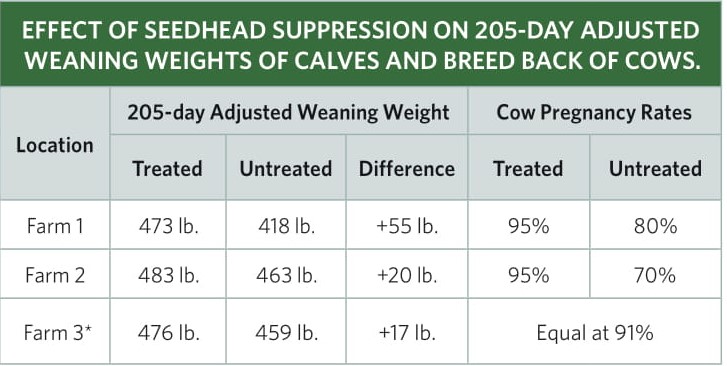 *Heavy spring grazing on treated and untreated paddocks resulted in seedhead suppression through grazing. Thus, the untreated paddock behaved similarly to the suppressed paddock. Data was collected from three different locations owned by Whitesell Land and Cattle Co. At each location, the pastures were split into two paddocks so half the herd would be on a paddock treated with Chaparral™ herbicide (tall fescue, seed heads suppressed), and the other half would be on a paddock treated with GrazonNext® HL herbicide (nonsuppressed seed heads).

Toxins in tall fescue peak in the seed head when the seed head is most palatable (generally mid- to late June). But that doesn’t coincide with the visible symptoms of fescue toxicosis because of the toxins’ residual effects. Animals graze high concentrations in the spring and then suffer from heat stress when high summer temperatures exacerbate the effects.

To keep seed heads from forming, Flynn recommends an application of Chaparral at the rate of 2 ounces per acre as early as three weeks prior to seed head emergence and as late as the early boot stage. Later applications are preferred over earlier applications. They generally have the highest suppression rate.

“And the soil residual activity controls several species that emerge after application, including ragweed, cocklebur, chicory and horsenettle,” Flynn says.

“After application, fescue typically yellows for at least a couple weeks,” Flynn says. “But after that, fescue treated with Chaparral for seedhead suppression remains leafy and maintains higher forage quality longer.”

Because most seed heads are suppressed, plants won’t produce stems — resulting in a different appearance of tall fescue pasture and a reduction in total pasture biomass. In untreated stands, the stem may be 60% or more of the total yield, which explains the reduction in herbage mass.

“The good news is the lost herbage mass is mostly unpalatable stems and toxin-laden seed heads,” Flynn explains. “Removal of the toxins can help improve the appetites of grazing cattle. Producers may need to re-evaluate stocking rates.”  A rotational grazing program can help boost forage utilization.

In research, improved gains due to removal of toxic seed heads have offset the reduction in carrying capacity. Depending on weed pressure, forage response to the weed control also may offset lost carrying capacity. 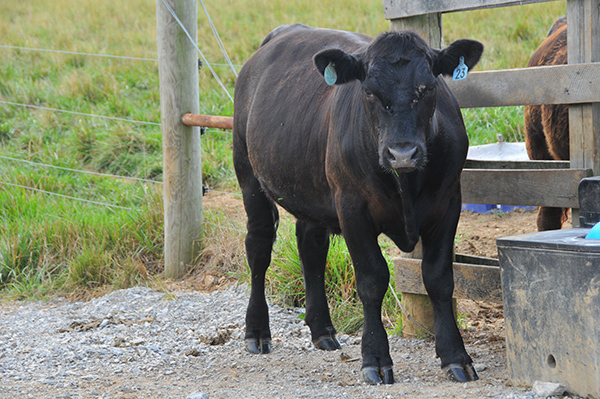 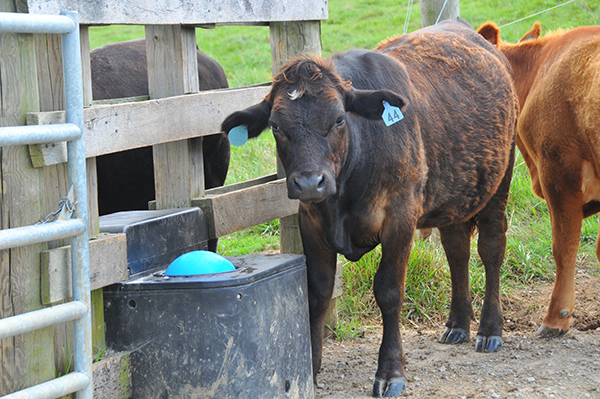 “You can’t completely relieve fescue toxicosis as long as cattle are grazing hot fescue,” Flynn notes. “But using Chaparral™ herbicide to suppress seed heads mitigates its effects. It’s a great option where weed control is needed and/or you want to simplify fescue management.”

Label precautions apply to forage treated with Chaparral and to manure and urine from animals that have consumed treated forage. Consult the label for full details.