You deserve to be represented. The public and policymakers may have little understanding of nature or agriculture, but they have opinions. And they vote, regulate and affect your ability to operate.

Seven cattle operations are new regional winners of the annual award. NCBA will name the 29th national winner Feb. 5, 2020, at the Cattle Industry Annual Convention in San Antonio, Texas. Here’s a look at this year’s winners.

In 2009, Ronnie Nuckols assumed management of a 175-acre farm that had been in his family since 1876. Just 30 miles from Richmond, agricultural runoff into rivers and the Chesapeake Bay is a major concern. To protect water quality, Nuckols fenced cattle from ponds and streams.

With more fencing, he established 19 permanent paddocks and 60 temporary paddocks to rotate and rest pastures. Pond water is pumped to a hilltop reservoir where it gravity-flows to troughs. Streams now run clear and pasture productivity has improved. Nuckols added summer and winner annuals and stockpiles fescue to extend his grazing season. He’s a frequent host, showcasing conservation benefits for agricultural and non-ag groups.

Galinski Enterprises bought the 4,500-acre ranch just east of Sarasota in late 2014. Jim Strickland is managing partner. The 600-cow operation is one of the last large, intact, working cow operations in the area. Soon after buying the ranch, Strickland implemented control of exotic invasive plants and started prescribed burning to enhance native habitat. Since 2014, he’s burned 90% of the ranch and reduced exotic plant species by 70%. Populations of deer, turkey and gopher tortoises have increased.

In northwestern Minnesota, 20 miles south of the Canadian border, brothers Dana and Thor Didrikson are the fourth generation on the family farm of 4,500 acres. Since 2006, the brothers have converted their 2,000 acres of cropland to no-till and incorporated cover crops. Those cover crops promote soil health and provide grazing.

On the 2,500 acres of permanent pasture, the brothers created 64 paddocks from an original eight to improve grazing rotation. Grazing supports 450 cows and backgrounding and stocker enterprises. Cattle strip-graze pastures and cover crops through the winter. The families sell packaged meats to foodservice and farmers markets.

The 125,000-acre Killam Duval County Ranch is about 50 miles northeast of Laredo in South Texas. When David Kitner assumed management in 2001, a few years after Killam Ranch Properties, Ltd., bought the ranch, it was overgrazed and overhunted. Kitner destocked the ranch for two years and installed 200 miles of water line and 650,000 gallons of water storage to implement rotational grazing. He reintroduced light stocker cattle that graze in herds of up to 2,500 head. Pastures typically rest for a year after grazing.

Brush management with herbicides, fire and mechanical treatments has opened the brush canopy to restore grass cover and enhance wildlife habitat. The ranch is a premier destination for whitetail deer hunters.

Larry and Ruthie Cundall are the fourth generation on the Cundall Ranch, established in 1917. The 20,000-acre ranch, about 80 miles east of Casper, comprises deeded and public lease land. The Oregon Trail runs through it. 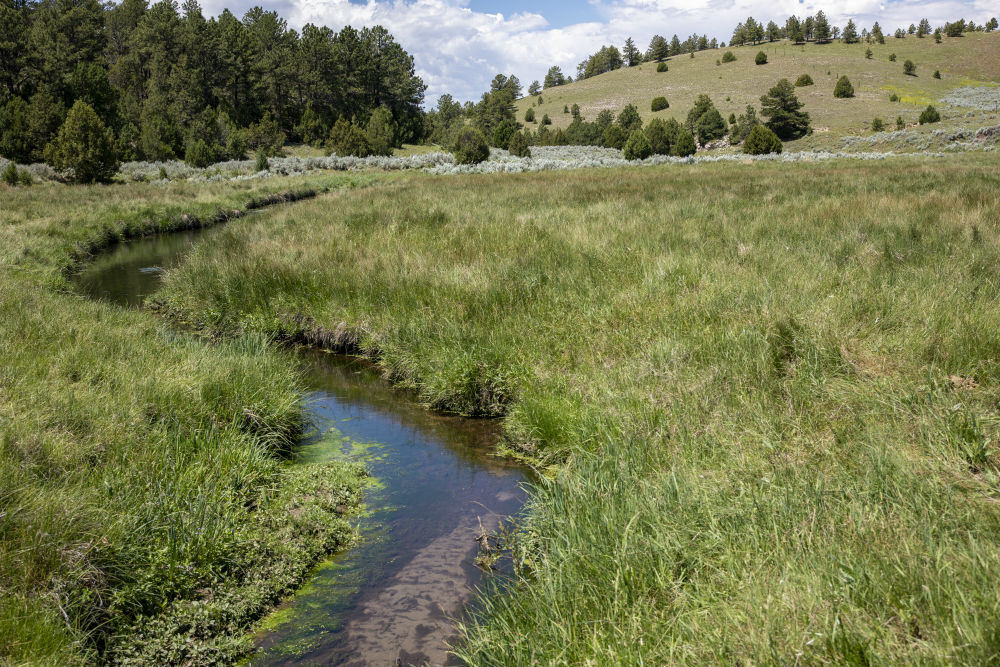 Blew Partnership operates 19,000 deeded and leased acres in three south-central Kansas counties. From a commercial cow herd of more than 1,700, the family backgrounds calves on the ranch and finishes them in commercial feedyards. The cow herd grazes year-round, saving machinery and fuel expenses in haying.

TM ® SM Trademarks and service marks of Dow AgroSciences, DuPont or Pioneer, and their affiliated companies or their respective owners.