Jeff Bilberry could see his pastures shrinking — not in size, but in carrying capacity. Fortunately, the time was right do something about it.

Bilberry manages the Bojax Ranch, northeast of Roswell, New Mexico. It’s one of eight in New Mexico owned by Singleton Ranches. Bilberry has been manager here 28 years, and he day-worked here as a youth, so he has a historical perspective.

“Mesquite has always been here, but it’s been getting worse,” Bilberry says. “In the mid-1970s, it wasn’t nearly this thick.

“We’re looking at 25% to 50% reduction in carrying capacity under my management, and I’ve always been conservative on stocking rates.”

Many Bojax pastures are essentially a mesquite forest, but the canopy is only 3 to 4 feet off the ground. It’s shrubby, dune-type mesquite common to southern New Mexico and the Trans-Pecos region of Texas. With more rootstock than leaf or stem, this mesquite has been difficult to control. But, by 2015, Bilberry had new hope.

In 2015, Bilberry had the new tank mix aerially sprayed on a 50-acre test plot on the ranch. The recommended mix is Sendero at 28 ounces per acre with Remedy Ultra at 8 ounces per acre. A stem count two years later pegged the mesquite control at about 90%.

About the same time, Bilberry learned the New Mexico State Land Office now had a fund to use on state-owned rangelands held in trust. That was good news to Bilberry because more than 40% of the Bojax Ranch is leased from the state.

The state land commissioner at the time, Aubrey Dunn, was the first to earmark a portion of grazing fees to invest back in the land.

“One of my goals is to restore the state trust land, take care of the land,” Dunn said. “This is about, one, increasing water in the watershed. And, two, if we don’t do this, the land will carry fewer cattle, AUMs will go down and there will be less money in the state school fund.”

Animal unit months — AUMs — is how carrying capacity of the state’s rangeland is rated. Ranchers pay lease fees per AUM.

Dunn contended the state land office could spark restoration on a watershed scale. If ranchers saw the benefit on state land, he said, they’d be more likely to invest to improve associated private land. It worked on the Bojax Ranch.

In 2017, the state and ranch came together to spray mesquite on more than 6,300 acres. They sprayed another 10,000 acres together last year. Favorable moisture followed both applications.

Before treatment, Bilberry estimated the rangeland had 60% to 75% mesquite canopy.

“There’s probably 35% to 40% more turf here now,” he says of the 2017 treatment. “When we control mesquite, we get both a moisture and nutrient release. Those clumps of mesquite become grass nurseries.” 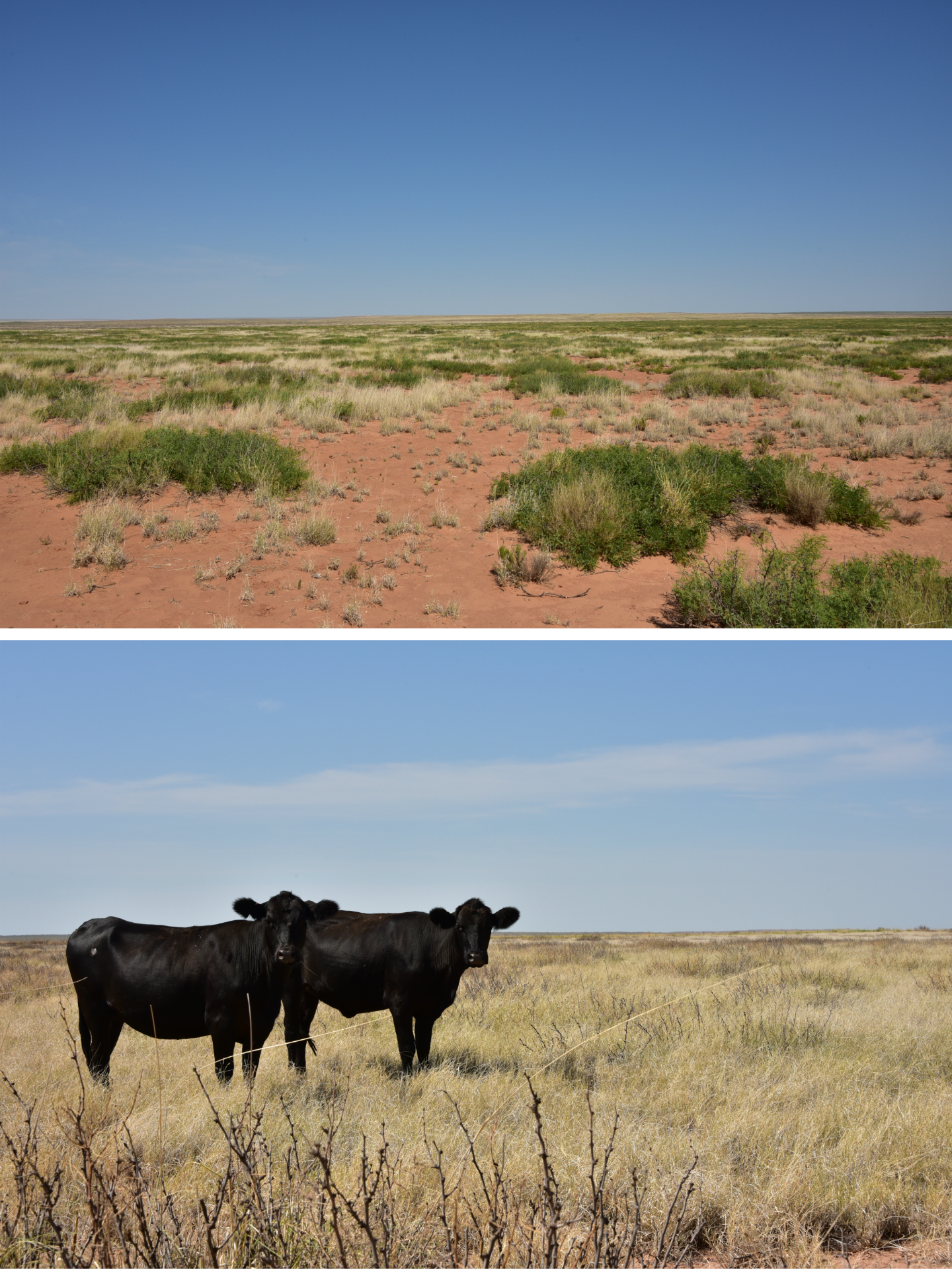 “Grass allows rainfall to soak in,” Bilberry says. “And if we manage for grass cover, what does run off is cleaner.”

That could mean cleaner water flowing to the Pecos River, about five miles away from the treated pasture.

While the grass response following mesquite control — and timely rain — is impressive, Bilberry will be cautious with any stocking increases. He’s looking first for better cow condition to translate into improved conception and weaning weights.

“Increased stocking isn’t really my emphasis. Stocking rate is just one piece of the benefit,” he says. “Weaning weights and breed-up are more important.

“It’s animal production per section. When breed-up goes up, production expenses go down. And if you’ve got feed [grass] to start the winter with, you’ll come out the other side in better shape.”

For once, the timing of things — a new herbicide mix, new state funding and the right weather conditions — came together to benefit the land, the cattle and the watershed, Bilberry says.

“It’s definitely a win-win,” he says.

“Chemicals have changed the last few years, and we got a lot better control. No land commissioner had done before what Aubrey did to put money together to do this. He knows how to take care of land. I have to give him credit.”

Dunn left office at the end of 2018 after a single term. The restoration program he started remains in place.

™®Trademarks of Dow AgroSciences, DuPont or Pioneer, and their affiliated companies or their respective owners. Sendero is not registered for sale or use in all states. Contact your state pesticide regulatory agency to determine if a product is registered for sale or use in your state. State restrictions on the sale and use of Remedy Ultra apply. Consult the label before purchase or use for full details. Always read and follow label directions.