In 1 acre, 500 pounds of Canada thistle or redroot pigweed at midbloom remove 14 pounds of nitrogen. And those two are relatively low users among weeds. Common ragweed takes 17 pounds; Virginia pepperweed, 21. 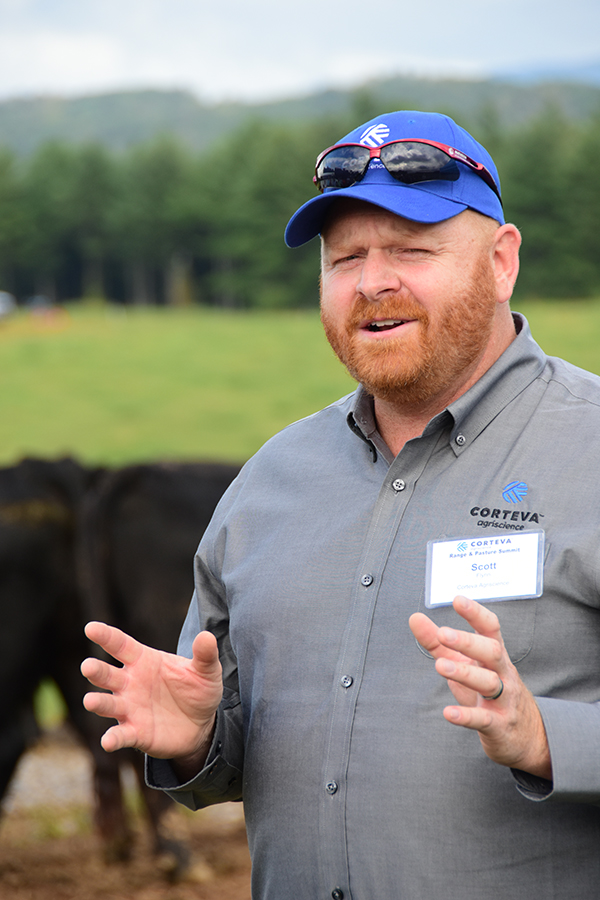 The loss of 14 pounds of nitrogen costs you more than 500 pounds of forage dry matter per acre. That’s forage you could bale or your cows could graze.

Note, too, that 500 pounds of the example weeds reduce forage yield by more than 500 pounds. That’s more than 1 pound of grass lost for every pound of weeds grown, just from the loss of nitrogen. But the equation works both ways: You can reclaim that lost production via weed control.

“Weed control reallocates resources from something that costs you to something that makes you money,” Flynn says. “And remember: These numbers show only the effect of N consumed by weeds. They don’t account for shading, space taken or moisture removed. So here we’re just looking at a portion of the story. It doesn’t take too many weeds in a pasture to be expensive.”